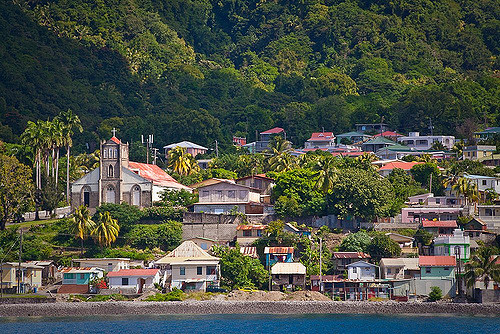 In August 2015 Tropical Storm Erika left landslides, mudslides and flash flooding throughout most parts of Dominica. A grant of $150,000 was approved for infrastructure in Dominica, with focus on roads, bridges and future landslide prevention.

Sincere efforts for rebuilding Dominica came in February 2016. Using one of the two airports on the island the Adventist Development Relief Agency (ADRA) stepped in to help, doing week-long assignments, assisting in placement for homeless victims and building homes. “The government is providing the land and infrastructure and ADRA is providing labor and funds,” said local ADRA Project Coordinator Priscilla Prevost. The agency had a goal of completing 25 homes by the end of the project, but September 2017 put a pause to that attempt.

Right after a hit from Hurricane Irma, Hurricane Maria hit the island of Dominica leaving more devastation than any other storm in its history. Sources claim it will take billions of dollars and several years to restore infrastructure in Dominica.

With telecommunication hindered by damaged cell phone towers, Digicel CEO and chairman Denis O’Brien felt it was right to step in. From restoring cell phone towers to humanitarian relief, Digicel has assisted with getting Dominica reconnected to the world. Hoping to build seven schools on the island, each with a hurricane shelter and 360 homes in one of the worst affected territories, Kalinago, O’Brien has met with Prime Minister Roosevelt Skerrit to seal these intentions. Dominica’s Digicel Team have restored 37 out of 55 cell services and aimed to have 85 percent coverage by the end of November.

Digicel will give an estimated two million dollars to repair infrastructure in Dominica. UKaid donated £12-million in November after Hurricane Maria, “In Dominica, 97 percent of the water system was destroyed. This is one example of where U.K. funding could help rebuild so Dominica is better able to withstand future natural disasters.” With the help of supporting nations, infrastructure in Dominica is not only underway but making progress at a steady rate.