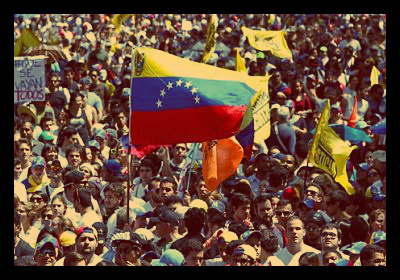 Months of goods shortages, allegations of corruption, a sky-high inflation rate of 56.2 percent and rising crime have left thousands of Venezuelans dissatisfied with the government of Nicolás Maduro, the successor of the late Hugo Chávez of the United Socialist Party of Venezuela, (PSUV.) This dissatisfaction culminated in violent protests in Venezuela against the Maduro administration that took place in many large cities across Venezuela, including the cities of Maracaibo and Caracas, the capital.

On Thursday, three protesters were killed and dozens more were injured in clashes between the disgruntled and disaffected youth and the police and troops from the National Guard. Around 1,000 protesters lit bonfires and blockaded the streets in an effort to draw attention to their demands. It is relatively unclear what the protesters want, however. Some are calling for Maduro to resign; others simply want an end to the uptick in the crime rate.

In an effort to quell the protests, on Saturday Maduro called for a “ban” on further protests and prohibited media coverage of the protests. After promoting a position of “peace and tolerance,” Maduro denounced the protesters as “fascists” who sought to overthrow the government. He further attempted to maintain his grasp on his power by suggesting that “the people are in power.”

One leader of the opposition, Leopoldo Lopez tweeted support for non-violent protests, and addressed Maduro in a message in which he called the president “a coward…who cannot make me or my family submit to you.”

Proponents of the peaceful protests in Venezuela have stated that government-sponsored motorcycle gangs known as colectivos seek to incite further violence in order to thwart the legitimacy of the movement. Since Wednesday, 99 people have been arrested and released, with 13 remaining in jail.

Maduro has found it increasingly difficult to continue riding the wave of the Chavista movement following the death of Hugo Chávez in March of last year. After narrowly winning a presidential election in April 2013 that the center-right opposition leader, Henrique Capriles, denounced as fraudulent, Maduro has struggled to appear as a legitimate successor to the charismatic Chávez. As such, he has blamed the opposition movement for the country’s economic woes, which includes a high inflation rate and a shortage of basic goods such as toilet paper.