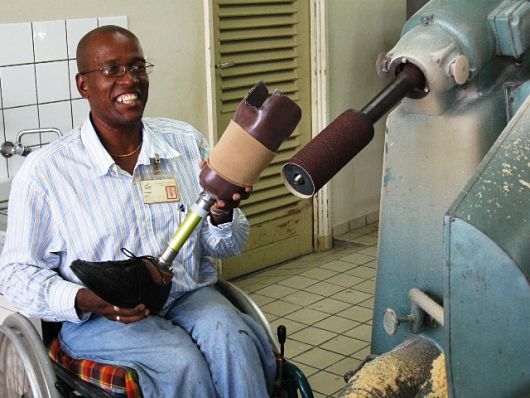 Prosthetic devices are expensive, an expense that most individuals in the developing world cannot afford. However, this all changes with a team of researchers from the University of Victoria.

Since June 2015, the team is working towards building prosthetic devices for people in the developing world, mainly focusing on prosthetic hands. The hands are custom built using 3D printers, slowly building the prosthetic layer by layer.

Eighty percent of those who need prosthetics live in the developing world, however, only two percent receive treatment.

Cost is the main obstacle when issuing prosthetic devices. Models can range from $12,000 to $70,000. This is a cost too expensive for many individuals in developing countries.

According to engineering assistant Kalonica Christie, the University of Victoria’s models are much cheaper.

“Our system costs about $100 in materials and can be fit to the patient by a prosthetist for $300,” Christie said.

Trials are underway in Guatemala and Nepal, the home country of one of the researchers. The team hopes to establish printing stations where the need is the greatest. They also hope to make prosthetic devices available to anyone who needs them.

Another figure making strides in the prosthetic devices arena is Brazilian computer-aided drafting enthusiast, Martin Vincent Bloedorn. Bloedorn was inspired by the need for a robust and low cost 3D prosthetic hand device. Among one of the more mechanically complex prosthetic hands is Bloedorn’s “Biohand,” which nearly imitates the human hand.

Bloedorn’s goal is to be able to sell “Biohand” for less than $300 total, which is even less expensive than the University of Victoria’s model.

“Though technology gets cheaper by the day, the prices of health-related tech haven’t seen drastic changes in the last years. While I do understand that there is a lot involved in developing live-supporting devices, I feel that there’s lots of room to increase affordability in the field…living in the third world, it’s clear to me that such devices simply can’t reach all those who need them,” Bloedorn said.

The prosthetic hand uses standard RC servomotors that can be assessed nearly anywhere in the world. Their internal parts are also very similar across multiple manufacturers. This is part of Bloedorn’s plan to make prosthetics accessible all over the world.

In Brazil, where Bloedorn developed the prosthetic device, components are expensive or hard to get. These obstacles drove the initiative to make the prosthetics inexpensive to consumers.

Bloedorn admits that the device lacks aesthetically pleasing covers, but they are soon to come.

With 80 percent of the individuals needing prosthetic devices living in the developing world, something must be done to make these life saving devices more affordable. Steps to make this happen have finally begun.