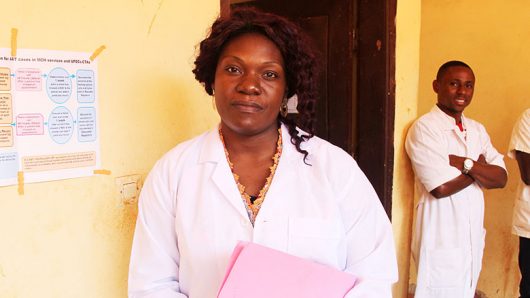 The World Bank is expanding a program launched in 2011 to tackle health care in Cameroon, a country in Central Africa home to a large number of refugees.

What began as a pilot project gradually extended its reach based on its efficiency.

Due to positive results, the program received additional funding to expand in 2014. The World Bank Group’s Board of Executives approved a $127 million project to upscale the program in May 2016, a huge step toward improved health care in Cameroon.

The World Bank joined the efforts of the Cameroonian government and other international organizations combatting maternal and infant mortality in the region.

Presently, a lack of health care services and medical professionals leaves the population vulnerable to fatal birth complications and diseases. In northern Cameroon, close to 20 percent of children die prior to their fifth birthday.

Nearly one-fifth of those deaths are caused by malaria. Additionally, 36 percent of children under five have stunted growth due to a lack of sufficient nutrition, according to the World Health Organization.

Cameroon maintains an open border for asylum-seekers. Hundreds of thousands of refugees flee to Cameroon each year from the Central African Republic and Nigeria due to violent conflict. The refugee communities in particular need health centers to respond to their needs.

The mistrust among many indigenous populations of health care services is a pressing challenge. Women prefer natural remedies and familiar surroundings to being hospitalized.

The program addresses these issues by implementing a community-based approach to healthcare: health agents visit households twice a month to monitor and identify health conditions in the village. They accompany ailing or injured people to health facilities and promptly administer care.

“By promoting equitable access to basic health services, this approach will make it possible to provide better care to the country’s poorest and most vulnerable,” said Paul Jacob Robyn, Health Specialist in the World Bank’s Human Development Global Practice Group.

Sustainable Relief: How Helping the Individual Helps the Group These Publicly Listed Firms Are Fighting Poverty in India
Scroll to top