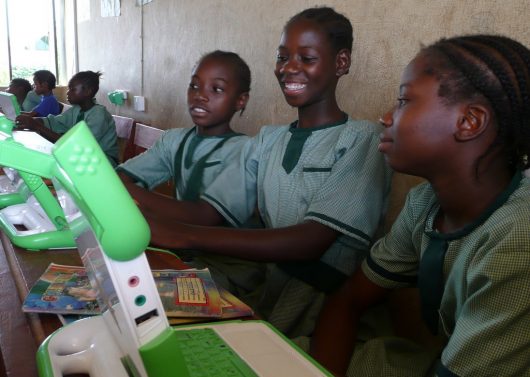 In December, the EU and UNICEF announced a one-million-euro bilateral agreement that will help to provide emergency education support to over 10,000 students who have been displaced by war. The goal is to improve education in Sudan by dispersing these funds to young people in refugee camps already receiving other forms of aid.

The Head of Office in Sudan for the European Commission’s humanitarian aid department (ECHO) states, “Giving children caught up in conflict and emergencies an opportunity to continue learning is as important as providing them with shelter, food, water, and vaccines. These children deserve that we invest in their future.”

Sudan has been plagued by conflict since 1956 when they gained their independence. There have been revolts against the government amongst all of the factions living across the country. The conflict increased in severity with the discovery of oil in 1999.

The civil war became more violent as both sides struggled to gain power in the region. Five years after the first barrels of oil were exported, a U.N. official reported that pro-government militias were carrying out systematic killings of non-Arab villagers in Darfur.

Within months, the atrocities in Darfur escalated to the point of being a genocide, reported U.S. Secretary of State Colin Powell at the time. Estimated casualties reached 300,000 with far more displaced as refugees.

Despite these conflicts, education in Sudan reportedly persevered. Through the government in South Sudan – the Sudan People’s Liberation Movement (SPLM) – enrollment in primary and secondary education actually increased.

In May 2015, UNICEF reported that 70 percent of schools in the conflict-affected areas saw a decrease of 400,000 students. But as they moved away from these dangerous areas and to more secure areas of the country, they re-enrolled in local schools.

This is not the first time that educational enrollment stayed the same or grew during the war. Between 1960 and 1965, enrollment increased in Sudan’s three southern provinces. Eventually, the war spread too close to the towns that housed a majority of the schools, causing people to evacuate. Even so, rural “bush schools” were established to accommodate the influx of students.

Fortunately, the SPLM government has made education a priority and has been enthusiastic about partnering with the international community to improve education in Sudan. The SPLM made a large investment in the rehabilitation and construction of schools across the region to build an infrastructure in which education in Sudan could thrive.

They also invested in teachers. Through the years of conflicts, the government rarely allocated funds toward teacher salaries. The SLPM was able to provide much-needed funds to incentivize the qualified teachers who chose to stay and teach.

Sudan has been surrounded by conflict for sixty years but has found ways to move forward. The UNICEF and EU are committed to improving the lives of Sudanese refugees. The young people of Sudan can be hopeful that this one-million-euro investment can be beneficial to providing further access to education in Sudan for those continuing to be displaced by war.

OPIC Makes $5 Million Commitment to Support the UCFZimbabwe:Works Invests in the Nation’s Youth and Women
Scroll to top