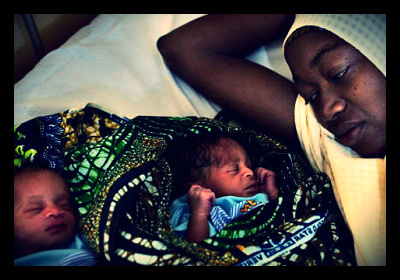 The most common and obvious risk factor is poverty and substandard medical care. With the impact of the condition and its prevalence in the developing world, magnesium sulfate stands out as a successful and low-cost drug that works as both treatment and a preventive measure against unnecessary suffering and loss of life.

Pre-eclampsia is a dangerous form of high blood pressure during pregnancy that causes blood vessels to constrict, limiting the amount of oxygen and nutrients delivered to mother and child. Eclampsia develops as a more severe form of pre-eclampsia in pregnant women who have seizures or convulsions. Left untreated it can cause damage to kidneys, liver, and lungs. It can eventually lead to unconsciousness or coma and also maternal death. It can cause low birth weight and even the death of the baby.

The treatment of and preventing pre-eclampsia with magnesium sulfate, or MgS04 has proven to be an effective anticonvulsant. Eclampsia is a leading cause of maternal death, and an estimated 76,000 die each year because of the condition. Not only is it preventable, but for many who die from eclampsia it is an issue of having access to basic medical care and a functioning health care system.

MgS04 is recognized by the World Health Organization as the safest and most effective treatment for eclampsia. It is also the cheapest treatment available and is included by many countries on their Essential Medicine List. This makes its application in maternal health not only a successful medical treatment but an effective tool in combating maternal and child deaths and helps in meeting the Millennium Development Goal of reducing global maternal deaths by 75 percent by 2015.

Pre-eclampsia rarely occurs in the West and has a much greater toll on the global poor. With little profit to be made and those most needing it the world’s poor there is little incentive for manufacturers to produce MgS04, and effective dosages and administration of the drug still remain undeveloped and unenforced.

There are poorly developed national standards and guidelines and there aren’t many well developed programs available to offer a safe and consistent supply chain, and only 48 percent of countries have consistent access to the drug for their citizens.

Nearly 10 million women develop pre-eclampsia each year; however most will have access to treatment and successfully recover. Those who don’t survive most likely come from remote and impoverished regions and have poor or little access to health providers. The inconsistent and under-funded supply of MgS04 and other measures used to treat and prevent maternal health complications mean an estimated 500,000 children die unnecessarily each year due to pre-eclampsia and eclampsia.

Effectively researching, funding, and administering maternal health has effects on both women and their children and has the potential to save lives and prevent suffering.

Why Malaria Persists Can One Person Change the World?
Scroll to top