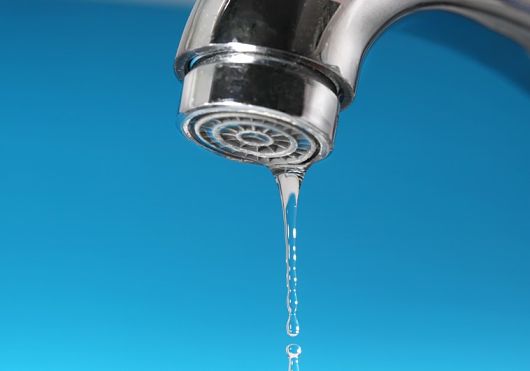 Taiwan suffered its worst drought since 1947 this past winter. Beginning in the October of 2014, the Asian island’s government was forced to impose water restrictions in order to preserve their dropping supply.

At first, water used for irrigation was reduced, as a large portion of Taiwan’s water stored in reservoirs is directed toward agriculture.

In February of 2015, the government implemented phase two and cut back on the amount of water used at large industrial plants.

The severity of the drought eventually called for phase three, which impacted Taiwanese residents the most. The government shut off the public water supply for most living in a large part of northern Taiwan.

For 1.16 million households, there was access to running water only five days out of the week. Businesses were forced to shorten their work week, and people found clever ways to preserve water.

“When I cook, I collect the water from washing vegetables and use that to flush the toilet,” explained one resident. People also opted for short showers instead of baths. They then took water collected from their shower to flush toilets.

Some businesses, like the Taiwan Semiconductor Manufacturing Company, successfully altered their operations. They went from using around 350,000 tons of water per day to just 90,000, and their company’s productions went untouched by the restrictions.

All of the government’s water rationing saved around 212,000 tons of water each day.

With the start of Taiwan’s rainy season came the return of wet weather. Most of the restrictions have since been withdrawn.

Still, the government is discouraging people from returning to their previous habits. The PResident of Taiwan hopes to decrease the country’s water usage by 10% by the year 2030. Ambitiously, he wants it to drop by 30% over a more extended period.

Frederick Chou is a professor at the National Cheng University in Taiwan. There, he works in the Department of Hydraulic and Ocean Engineering.

“Actually, Taiwan has a lot of water,” says Chou, “If you can find ways to adjust things, people could use a lot more of it.”

Each day, a Taiwanese citizen uses 72 gallons of water. That rate is higher than that in the United States and Europe.

The island’s water costs only 30 cents for each ton. That is the least expensive price for running water in the world. The Taiwan Water Environment Association believes that the government should raise the cost in order to lessen usage.

It is not just human practices that need to be addressed. Many reservoirs have faulty pipes that leak about 600 million tons every year. Replacing iron pipes with plastic ones would avoid water loss. Nearly a hundred reservoirs in Taiwan are, on average, at about 50% full, while some are at only at 25%. The Water Research Agency is planning its biggest action plan yet.

It is reported that more than a billion people, one-sixth of the world’s population, lack access to fresh water. Most of that billion lives in developing countries.

If the world keeps consuming at its current rate, per capita available water will drop. In result, 7 billion people could face water insecurity. With the escalation of climate change, the world could be confronting this reality sooner than previously thought.