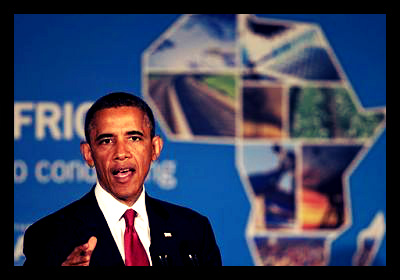 Power Africa is a partnership between the U.S. government, international and African partners, as well as the private sector. The initiative will begin in six priority countries: Ethiopia, Ghana, Kenya, Liberia, Nigeria, and Tanzania. Additionally, Power Africa will partner with Uganda and Mozambique on responsible oil and gas resources management.

Over the next five years, the U.S. government will commit over $7 billion to the effort through the U.S. Agency for International Development (USAID), the Overseas Private Investment Corporation (OPIC), the U.S. Export-Import Bank (Ex-Im), the Millennium Challenge Corporation (MCC), the U.S. Trade and Development Agency (USTDA), and the U.S. African Development Foundation (USADF).

Power Africa has already seen success in Nigeria. In September, the Government of Nigeria (GON) announced the liberation of the power sector. Through support from the Power Africa initiative, the power companies were handed over to the private sector. The transfer occurred from the presidential handover of the Licenses and Share Certificates to the new owners of the Power Holding Company of Nigeria (PHCN) successor generation and distribution companies. Power Africa will continue to work with the GON to ensure a seamless transfer of management in efforts to guarantee Nigerian households access to power. Additionally, Power Africa is encouraging the GON to implement measures of sustainability through adequate transmission, gas availability, and a cost reflective tariff.

Access to electrical power is essential for sustainable economic growth and development. At least 20 million new households and commercial entities will gain access to electricity through Power Africa efforts. However, sub-Saharan Africa will require more than $300 billion in investment to achieve universal electricity access by 2030.  Only with greater public and private sector investments can the promise of Power Africa be realized.