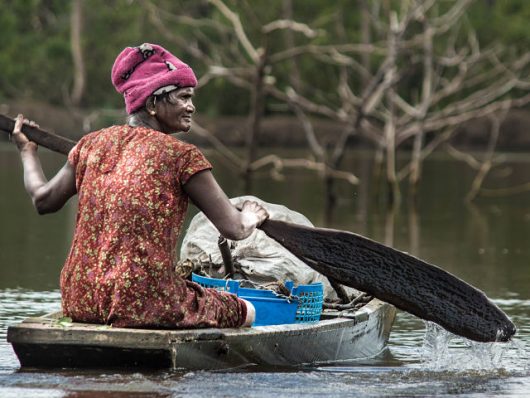 Sri Lanka, often called the pearl of the Indian Ocean, is a beautiful island with incredible and diverse landscapes. It is a major exporter of tea and women’s clothing. Despite being located near some of the most poverty-stricken nations in the world, the poverty rate in Sri Lanka has been steadily decreasing, even through a twenty-six-year civil war that ended in 2009.

The national poverty headcount ratio decreased 15.9 percent between 2002 and 2012, even with more than double the population the small island nation had had in 1960. According to the Asian Development Bank, 6.7 percent of Sri Lankans live below the poverty line in 2017, which is around the same level it was in 2012.

Increased economic growth and foreign investment have led to higher wages, better living conditions and widespread urbanization. Sri Lanka’s GDP has been increasing since 1963 and is predicted to grow another five percent in 2018. However, this growth has not allowed all regions to prosper. Some parts of Sri Lanka, such as Jaffna and Galle, have very high poverty rates because of the civil war and natural disasters, respectively.

A massive tsunami, which struck Sri Lanka’s south western coast in 2004–primarily in the area of Galle–left thousands homeless and injured. It also severely depleted the coastal water supply by contaminating nearly 40,000 wells with sea water.

The war, which took place primarily in the northern parts of Sri Lanka, caused more than 100,000 refugees to flee to southern India. These people now have immense difficulty resettling in Sri Lanka, as their homes and towns have been destroyed by the war.

Sri Lanka does, however, have over 30 welfare programs, and the recently sworn-in government ran upon a platform of plans to reduce poverty rates. Progress has been made, even in spite of these obstacles.

Of course, many improvements can still be made as well. Funding for these welfare programs has been low and is declining, and the government record-keeping system is very inefficient–much of it is not yet digitized. There is not enough data surrounding poverty levels in the country, and, without this knowledge, it is difficult to put in place effective reform.