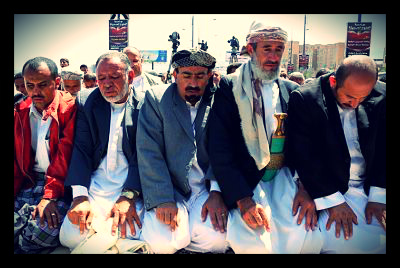 For the successful transition of governance in an already impoverished state to take hold, basic security and stability through shared political will and access to participation must occur. For the countries swept up in the Arab Spring will each face multiple barriers to progress and implementation of new democratic forms of government. Each country has a uniquely manifested identity struggling to emerge in the aftermath of the waves of reform that have radically changed the Arab world.

The Republic of Yemen is still teetering in this revolution, and earlier this month, United Nations agencies appealed for humanitarian aid in Geneva. They reported that more than half of Yemen’s population of more than 25 million is in need of some form of assistance.

It has been two years since Yemen’s long-ruling leader Ali Abdullah Saleh agreed to step down in response to the Arab Spring protests. The transition has not been harmonious and has now all but stuttered to a standstill. Threats and violence have spread and become more frequent and there have been increased attacks by Al-Qaeda across the country recently. The election of an interim president was supposed to have initiated that drafting of a new constitution ahead of presidential and parliamentary polls in early 2014.

However, like other states struggling in this Arab Spring, leaders in the transition have been unable to agree on a way ahead forward and living conditions have deteriorated further as security has devolved under extremist attacks. The situation has been so unstable that the U.N. Security Council has threatened sanctions against former regime figures and “political opportunists” impeding the process.

For Yemen’s poor and needy, this means further delays in progress and assistance will be expected. This coupled with a growing population needing more services and more access to participation will only increase the urgency in this humanitarian crisis.

About two-thirds of the population lives in rural areas with the majority of families dependent on agriculture for their livelihoods. Agriculture is a vital economic sector, and it provides employment in a country with an unemployment rate of 37 percent. According to a recent UNICEF report, Yemen has the world’s fourth-fastest growing population. This means the country’s poor availability of natural resources leaves it unable to meet the needs of a population that is increasing by more than 3.5 percent annually.

People in rural areas are not only poor, but they are impoverished because they do not have adequate access to basic needs such as land, safe water, health care and education. Without an effective government to provide aid and establish programs for development, what progress made is risked and more lives stand to be threatened or made vulnerable by security failures and governmental incompetence.

Talks have recently stalled and the nation faces a transition period of two more years. Unless the leaders of this new government can quickly find a way to move forward and agree upon the next steps for the nation, Yemen risks backsliding into further violence and political deterioration with more lives lost.