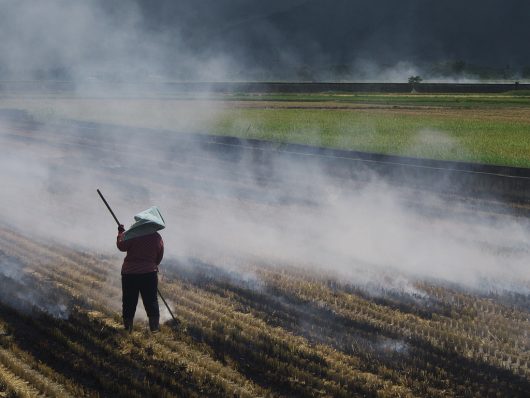 The calculation of poverty in Taiwan is a bit different. Families are considered poor if their monthly income is below a threshold set by the city or province. This means only 1.78% of the population, or about 130,000 people, are considered poor.

Each city in Taiwan has a different monthly income that is considered as a minimum. For example, while a family’s minimum income should be $171 to meet their basic needs in Kinmen County, the minimum is $337 in Taipei City.

The low percentage of poverty in Taiwan is not a coincidence, but rather is the result of efforts of the Taiwanese government alongside various civic organizations, private foundations and academic institutions. For example, in 1999 the government spent $5.08 billion on social welfare programs.

However, there are problems in the government’s standards for calculating poverty rates. In 2004, the Taipei Times reported an interesting example. In Taiwan, low-income households are provided 13 benefits and services by the government such as living subsidies, medical grants and emergency funds.

In 2011, the government raised the poverty line. With this, an additional 588,000 people became eligible for social assistance and subsidies. The article “Changing Times Force Taiwan to Raise Welfare Spending” notes the tradition of taking care of one’s elders, which means taking care of them financially, as a reason for the necessity of raising the poverty line.

Looking at it from a cultural perspective, the article points out that the tradition of extended families living altogether (usually three generations under one roof) is starting to break down. “The family are no longer as close-knit as they once were. Grown children, for example, do not necessarily care for their elderly parents,” reports Cindy Sui.

Despite some of these structural problems with the government subsidies, many NGOs are working to help those who are not regarded as poor but who nevertheless are barely getting by.

One of the most prominent organizations is the Taiwan Fund for Children and Families. Promoting and advocating for the well-being of children, youth, and underprivileged families, the organization was formed in 1950 and now has a force of 8,000 volunteers.

Although the percentage of those in poverty is very low, the Taiwanese are worried that the poverty line is not high enough. Looking at the cultural and financial conditions, there are definitely areas that need improvement.