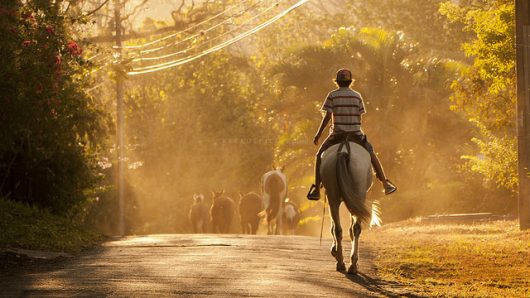 While Costa Rica has become a popular, tropical tourist destination, poverty still grips the country as the gap grows between the rich and the poor. While tourism has benefitted the livelihoods of many urban Costa Ricans since it boomed in the 1990s, poverty in rural Costa Rica reveals itself through the agriculture industry and its significant lack of access to education and technology.

About 159,000 households in Costa Rica remain poor, and twice as much poverty exists in rural areas. Extreme poverty mostly affects the unemployed in the cities, while in the countryside those on farms struggle in poverty. These people living in poverty in rural Costa Rica have been left behind by the foreign aid that lifted the rest of the country out of crisis in the 1980s.

Crisis due to oil prices and conflicts raging throughout Latin America led to staggering inflation in Costa Rica. Between 1980 and 1981, the Costa Rican colón was devalued by 254 percent. The U.S. supported a new government in Costa Rica in 1982, and this leadership based itself heavily around increasing the country’s exports.

This investment has seemingly paid off. The export of goods and services constitutes almost 50 percent of Costa Rica’s GNP; the average growth of export rates has been 14 percent annually. An economy increasingly based on exports seems as if it would alleviate poverty in rural Costa Rica. However, small farmers have suffered in the transition. Peasant farmers with only small plots of land and landless workers predominantly have incomes under the poverty line.

There have been struggles to modernize farming systems, as many of these peasant farmers cling to rain-fed agriculture. For many farmers, crops do not generate enough income, and they look to additional employment off their own farms; that being said, this population has a limited ability to do so because education in rural areas goes past the age of 10 at a much lower rate than in urban Costa Rica.

Other symptoms of poverty throughout Costa Rica include inadequate wastewater treatment, lagging electricity and high rates of underage marriage. Additionally, Internet is only available to 60 percent of the population.

Since 1996, Portland Roasting Coffee has been working to address the poverty that remains in Costa Rica, with their business model based on direct sourcing and forming relationships. As the country focuses on exports, coffee production has been a huge source of revenue with a favorable world market. The Food and Agriculture Association of the United Nations considers coffee “the single most important crop in terms of land use and value of production, with a large number of small producers depending on it.”

The importance of the crop is significant to Portland Roasting Coffee’s relationship with La Hilda Estates in Costa Rica — the coffee company received their first direct trade shipment of coffee from La Hilda Estates, and have been partnered with them since 1998.

On that Costa Rican plantation, Portland Roasting Coffee befriended the Vargas family, began La Hilda Estate School to educate the children of farm workers, helped establish Internet and hired an instructor to teach about computers at the school.

Additionally, the coffee company has also connected 40 students from the farm school with children in the Portland Public School District. Through such a combination of measures, Portland Roasting Coffee addressed poverty by building relationships with their suppliers, paying fair wages and contributing to the improvement of the education and Internet lack.

In exchange for such support, Portland Roasting Coffee receives its signature Costa Rica coffee, which they sell wholesale online and at their coffee shop locations around Portland. It is a light roast with citrusy notes, such as lemongrass and tangerine.

By paying a fair wage that allows farmers and farm laborers to live above the poverty line, Portland Roasting Coffee receives a quality product to sell in the U.S. while simultaneously improving a nation. Hopefully more companies and organizations will follow in the coffee company’s footsteps, and meld business with goodness.

Six Important Vaccines That Are Changing the WorldAction Rather than Reaction: Girls’ Education in Mozambique
Scroll to top