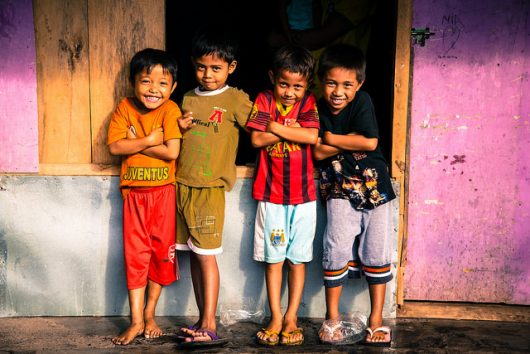 At the recent United Nations Conference on Housing and Sustainable Urban Development, also known as Habitat III, the Indonesian Minister of Housing and Public Works detailed his plans and hopes for eradicating poverty in Indonesia by 2045.

Minister Hadimulyono released a statement describing the Indonesian National Urban Policy and Strategy for 2045. He indicated that the eradication of poverty is inherently linked to sustainable urbanization and resistance to natural disasters. Hadimulyono also cited the positive impact that meeting the UN Sustainable Development Goals would have on the Indonesian poverty rate – particularly those goals relating to education, healthcare, energy and sanitation.

Poverty in Indonesia has been dropping since 1999, and is at an all time low of 10.9 percent. The current plan for the reduction of poverty has been very successful already, but Minister Hadimulyono emphasizes that developing sustainable and smart cities will help to eradicate poverty by 2045. He also indicates that it is critical to “better integrate urban and territorial planning development,” and it follows that investing in smarter development is worthwhile.

Indonesia has seen the kind of economic growth necessary to achieve these goals, but not enough investment goes toward social enterprises. According to the United Nations Development Programme, between $3 trillion and 4.5 $trillion U.S. is needed to achieve the Sustainable Development Goals in the developing world. These goals deal with issues like gender equality and healthcare, both of which would also contribute to reducing poverty rates in the country.

Ultimately, Indonesia has come a long way regarding its poverty rates, and its goals for the future are important for more than just the developing world. In many ways, Indonesia’s efforts to meet the Sustainable Development Goals and eradicate poverty – even as a developing country – are superior to the efforts of some wealthier nations. Even with the need for increased funding, the Indonesian government has hopes of meeting their goals for poverty reduction and based on their efforts so far it does seem plausible.