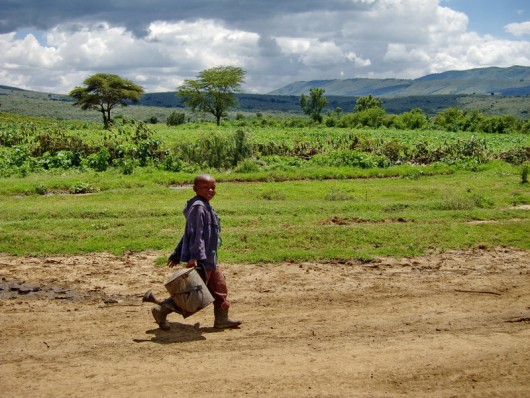 According to the Economic Commission for Africa (ECA), four out of five people in Africa depend on agriculture for their livelihoods. However, it remains the only region in the developing world to have low and declining agricultural development, with a per capita output totaling 56 percent of the world average.

In addition, according to a study conducted by the ECA, Africa’s per capita agricultural output has declined by five percent over the last twenty years while other developing nations have seen a 40 percent increase.

However, given that the region is home to about 60 percent of the world’s arable land, the expansion of new markets and sustainable technologies proposed by the ECA can help alleviate poverty in Africa and reduce income inequality.

Many of those who depend on agriculture to survive live in rural areas with little access to research and technology. This means that outside investment is often necessary in order for a country to maintain sustainable farming rituals.

Adam Elhiraika, Director of the Macroeconomic Policy Division at the ECA, suggests that agricultural productivity must be increased and combined with practical agribusiness in order to add value to crops and improve access to markets for farmers.

This value broadens economic growth and can ultimately lead to food security throughout Africa. According to the World Bank, China’s agricultural development was responsible for the 45 percent decline in rural poverty between the years of 1981 and 2001.

The same study shows that within Africa, Ghana was able to reduce poverty rates by 24 percent over the last 15 years due to promising agricultural output.

In order for agriculture to play a larger part in poverty reduction throughout Africa, sustainable farming methods must be adapted in order to raise farm incomes. Public investments could provide the access to land and irrigation systems that are otherwise unavailable in rural parts of the country.

Once resources are more readily available, productivity and market access can also increase. Innovations in biotechnology that can make crops more productive lead to a more secure food supply that in turn lowers prices. Smallholder farmers can make a comfortable living and feed other farming families within their communities.