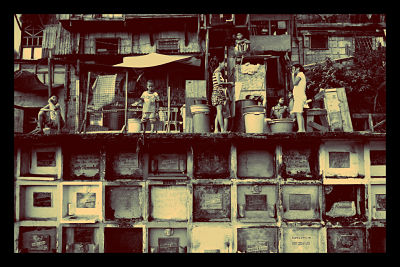 It is common knowledge that extremely impoverished areas always seem to be overpopulated, thus adding to the financial and natural resource burdens the area already faces. But the reason for this overpopulation might come to mind for many people.

There are several reasons that poverty impacts overpopulation in the catalyzing manner that it does. First of all, in countries that are so poor they can barely afford basic necessities, women rarely have access to any type of contraceptive. This doesn’t only cause the issue of booming pregnancies, but it is also a leading cause of death in women in most African countries. This relates to overpopulation because the higher the death rate in children, the higher the birthrate.

Bill Gates once said “the key thing you can do to reduce population growth is actually improve health.”  People who know that their children are going to survive have fewer children. When the life expectancy for children stays as low as it does in many countries, women keep reproducing in an attempt to have healthy children.

According to USAID, overpopulation also results from the underlying issue of a lack of education in poverty stricken areas. The Population Institute also documents that “The U.N. projects the population of the 48 poorest countries in the world will double from 850 million in 2010 to 1.7 billion in 2050.”

The bottom line is: the less poverty there is in an area, the less overpopulation will occur.