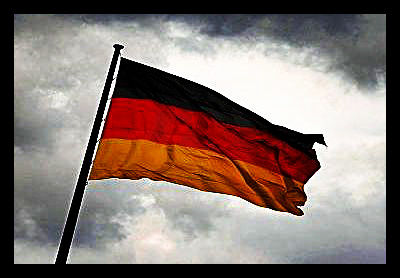 Germany, long the land of chocolate and efficient production, has its own share of problems.  Oddly enough, for being one of the richest countries in the world, poverty in Germany is a major issue.  The country is often seen as the economic center of the European union so it’s surprising to see creeping numbers of unemployed and poor within its borders.

During 2012, Germany saw a rise in the number of people reliant on welfare to survive rose 3.3 percent.

Meanwhile, the number of poor, those making less than 925 euro (1,260 USD) per month, rose sharply to about 15.5% of the country’s population, outpacing the US numbers at 15.1%.  While this doesn’t put Germany on the same footing as bottom economic tier countries like Sierra Leone (70.2%!), it does show a troubling trend in Germany that, if not addressed, quickly could spiral out of control.

Germany, more than most other European nations, ties academic success to the income and education level of the parents.  This creates a situation where the more individuals fall below the poverty line the more their children suffer at school, creating a vicious cycle that is hard for these families to escape.

UNICEF, the worldwide leader in child focused humanitarianism, has provided some useful guidelines for Germany that will help to curtail the rise in poverty and unemployment.  About twice as many children live below the poverty line in Germany as adults, making UNICEF’s focus on the young extremely valid.  The organization has sent recommendations to German leadership that call for targeted changes in the education system that support disadvantaged children.

Of course, while UNICEF’s recommendations are worth consideration they are in no way binding.  Whether or not the German leadership acts on the recommendations is a matter of politics.

Without going too in depth about those politics, the sitting German leadership will have until 2017 to make a lasting change.  2017 Marks the next batch of elections at which point long serving German chancellor Angela Merkel will have to fight for a fourth term in office.

For now Merkel’s party, the Christian Democratic Union, has gained a much larger percentage of the German parliament; the largest since the early 1990’s. What they do with this increase in numbers remains to be seen.

Merkel’s successful third term re-election and the growth in popularity of her party are due in large part to promises made about bolstering the German economy and heading off the rise in poverty.  How successful she and her party have been in stabilizing the German economy will likely play a major role in the next set of elections.  Angela Merkel’s fourth term will certainly depend on Germany’s economic performance both within its own borders and within the European Union.