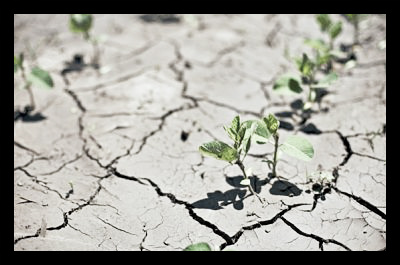 The United Kingdom experiences a significant amount of both household and child poverty. Oxfam reports that one in five people in the U.K. live below the official poverty line. Nearly 13 million people do not have enough money to live on because of unemployment or wages that are not high enough to provide basic necessities.

Save the Children reports that as of 2012, there were 3.5 million children living in poverty in the U.K.; that number is expected to rise to almost four million in the coming years.

Many of those in living in poverty are not unemployed and on social assistant but rather cannot support their families on their wages. In 2012, there were more working households living under the poverty line than there were unemployed households. The number of people with low paid jobs has risen dramatically since 2008; average incomes have fallen by 8 percent since 2008.

There are 1.4 million part-time workers who would like to be working full-time but cannot find work.

The political and economic structure in the U.K. is similar to that of the United States. Both the U.S. and the U.K. are liberal welfare states, meaning they place a high value on free trade and are driven by capitalism and put a low emphasis on social spending and government involvement. Unfortunately, this results in problems such as food insecurity and poor health.

The poverty rate in 2012 was 21 percent, the second highest has been in the past two decades.. The U.K. does not have high enough minimum wages or strong enough social safety nets to protect families from poverty.

Food Insecurity, or “Food Poverty”, is a significant problem in the U.K. and is leading to poor nutritional outcomes for children and obesity and diabetes in adults. From 2012 to 2013, 500,000 people relied on food parcels from charities. Oxfam reports that more than two million people in the U.K. are malnourished and three million are at risk of becoming malnourished.

In the U.K., one in six parents have gone without food in order to feed their children.

The poor have worse micro-nutrient intakes and dietary patterns than those who have higher incomes. A national survey showed that the poorest 15 percent in the country did not meet dietary standards and were overweight or obese. In addition, 30 percent of these had run out of money to buy food and 40 percent had worried about running out of money to buy food.

Rates of food insecurity among low-income families in Ireland range from 39 percent to 50 percent.

In both Ireland and England, the social assistance program is so poor that families on it would not be able to eat a healthful diet while depending on it. Oxfam is working on public policy changes to increase social spending so there are better social safety nets for families living in poverty. They are also advocating for a rise in the minimum wage.

There is significant stigma and discrimination around poverty in the U.K. and Oxfam is working on education to teach the public about the systemic causes of poverty in order to lessen this discrimination.