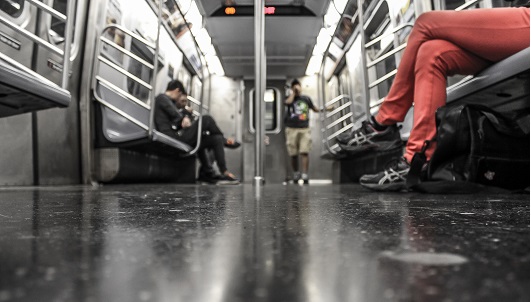 Last month, leaders of Mali and Senegal signed a $2.75 billion deal with the China Railway Construction Corp to provide a 745-mile public transportation railway that will link the nations’ capital cities after its construction over the next four years.

Over 20 railway stations in Mali will be renovated, with upgrades made to over 400 miles of rail lines. This railway project will potentially bring economic development and poverty reduction to areas of West Africa, according to Reuters.

This is not the first time the Chinese have invested in railways in Africa — in 2014, Chinese Prime Minister Li Legian and the Kenyan government agreed to the construction of a new railway line from Mombasa to Nairobi for $3.8 billion, according to BBC.

That same year, the Chinese signed a $12 billion with Nigeria to construct a railway along the West African coast, Reuters reported. When completed, this project will have brought in about 200,000 local jobs while connecting otherwise untapped markets. The World Bank reports that transport infrastructure allows people to access jobs, health services and education and assists companies in maintaining market supply and demand with presumably lower costs.

In 2013, the Dakar Diamniadio Toll Highway was inaugurated in Senegal, becoming the first toll road of its kind in Africa, according to the World Bank. This highway would­­ cut travel times from downtown Dakar and Diamniadio from 90 to 30 minutes, greatly reducing congestion.

Despite the economic growth and increased employment that public transportation can bring to those living in poverty, some challenges still result from their creation.

For instance, public transportation adds another expense to a family budget, cutting the poor’s disposable income as a result, according to the World Bank.

Urban air pollution and safety are other challenges that public transport can bring — for example, how more cars leads to more gas emissions, or how 90 percent of deaths on the road are accounted for by lower to middle-class countries, despite owning just half of the world’s total motor vehicles, reported the World Bank.

These challenges can be met through critical planning as urbanization increases in the developing world, creating more mid-sized cities.

The World Bank wrote, “City planners have an opportunity to design sustainable and inclusive transport systems from the start, leapfrogging more polluting and costly modes.”

The Africa Transport Policy Program (SSATP), a group hosted by the World Bank, have worked to create a framework for improving railway performance, developing guidelines for mainstream road safety and transport governance within sub-Saharan Africa.