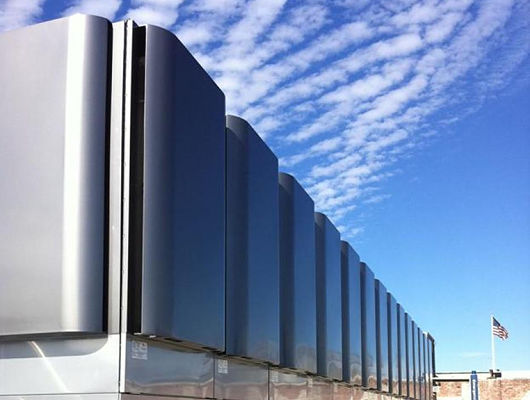 The world today is producing more energy than ever before, but, unfortunately, the global energy usage is growing at an exponential rate as well. The rate of production is unable to keep up pace with the rate of consumption, especially in a way that is ecologically sustainable.

This widening gap between production and consumption has rendered many regions in the world unable to fulfill their energy needs. Many countries, especially in the developing world, face an energy crisis, which is crippling to the economy and debilitating for development.

Currently, the biggest source of electrical energy in the world is fossil fuels. This source of energy is cheap to produce and efficient in mass-production; however, it is a non-renewable resource and therefore not sustainable. Moreover, fossil fuel oxidation is one of the biggest producers of carbon dioxide and other greenhouse gases, which contribute to global warming.

The scientific world is seemingly on a never-ending quest to find better, cheaper and more sustainable sources of electrical energy. The newest venture in this search is the development of fuel cells.

Fuel cells are basically electrochemical cells that use any hydrocarbon fuel; however, instead of burning fuel to utilize the heat energy, they use the chemical energy from the reduction-oxidation of the fuel itself. In doing so, they maximize the energy production by skipping the additional conversion of energy. Fuel cells can also utilize a multitude of fuel sources, aside from the traditional ones like petroleum byproducts, as long as the basic hydrocarbon structure is present. For instance, glycerol—a derivative of plant or animal fat—can be used to power a fuel cell.

Another great advantage of solid oxide fuel cells over other methods of electricity production is that they are sustainable. The byproducts of the reaction serve as reactants for another step of the overall process and, therefore, keep getting recycled. For these reasons, these cells are used in hard to access areas where fuel supplies cannot be changed frequently.

Currently, the cells developed by researchers operate at very high temperatures. Due to this, they are usually used in sync with heat engines to reclaim energy rather than manufacture it. However, recent studies at intermediate temperatures have shown the cell to be 65 percent energy efficient. To put this into perspective, a car battery is only around 25 percent energy efficient.

The high energy efficiency of the fuel cell show its potential for use in developing countries especially. As of yet, the fuel cells are quite expensive; however, the overall mechanism for energy production is itself not only sustainable but potentially cost efficient as well. Researchers hope that in the future, the technical limitations could be minimized so the fuel cells can realize their potential of cheap, efficient energy provision.