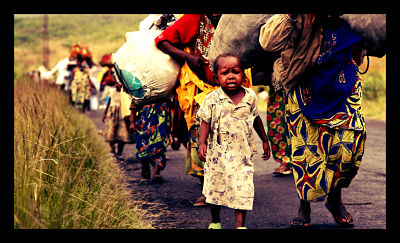 The Democratic Republic of Congo (DRC) has long been the poster child for extreme poverty and instability. The two Congo wars, which were about and financed by the total exploitation of nation’s natural resources, have left this African state without the resources or stability to function, let alone compete financially in a global economy.

A brutal history of colonialism coupled with the long term effects of war have left the DRC as the poorest country in the world. The DRC consistently has the lowest economic rankings globally. However, whether one measures wealth or global poverty, it is at the bottom every time.

The two most standard methods of measuring the wealth of countries are Gross Domestic Product (GDP) and Purchasing Power Parities (PPP). GDP is a measure of the size of a country’s economy. GDP can be refined in focus to account for either the average wealth or poverty of residents through per-capita GDP. Most economist prefer GDP  at Purchasing Power Parity or GDP (PPP). PPP can offer better insight as it takes into account the cost of living and inflation and not simply and exchange rate.

The measure that most economists prefer is GDP at purchasing power parity. GDP (PPP) compares generalized differences in living standards on the whole between nations because PPP takes into account the relative cost of living and the inflation rates of countries, rather than using just exchange rates, which may distort the real differences in income.

The DRC has a PPP of $1459.62  for 2013 placing it at the bottom of every list ranking countries by wealth. By whatever method of measurement utilized, the DRC has poverty at such an extreme level that any measure of global poverty would declare the nation as the world’s poorest.

The DRC is still reeling from the Congo Wars, which were the deadliest conflict since World War II. Nearly 5.4 million people have died in the conflict since its outbreak in 1998. The vast majority of these deaths were from disease and starvation, and nearly 47 percent of victims being children under the age of 5. The DRC has a refugee population on nearly 1.5 million people, accounting for most of the world’s internally displaced persons. The conflict eventually involved access to basic resources like water, and saw rape utilized as a tool of war.

The DRC may be the poorest country in the world, but it has some of the richest mineral and natural resource deposits in the world. These resources were exactly what was being exploited and what brought national and international companies into a corrupt nation to extract profit and plunder.

The DRC’s rich resources provide easy and immediate means to finance war and allow for the conflict to be self-sustaining. This has only provided for long-term instability and has allowed for one of the world’s richest countries in terms of resources to become the world’s poorest country while companies make money off of the DRC’s exploitation and loss.

Without aid, peace building, and protections from corporate exploitation the DRC will continue to be the poorest country in the world and the conflict and exploitation will sustain itself. Hopefully as we continue to develop more nuanced ways of quantifying and measuring poverty, we can also develop solutions and preventative measures.