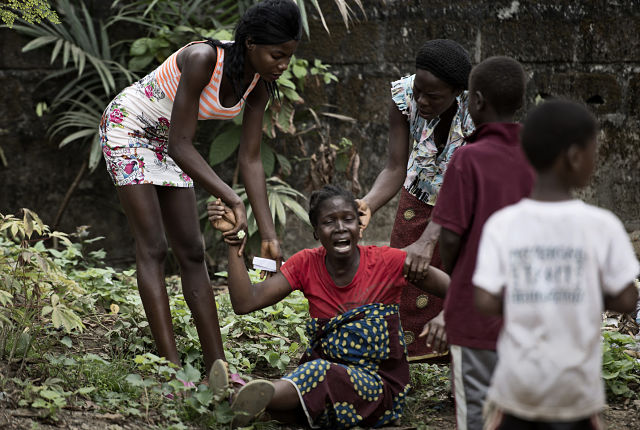 Mental health issues arise from causes related to the social, economic and physical environments in which an individual lives. Poor mental health in a community is significant in the range of social health problems that contribute to reduced development. The effects include decreased community cohesion, low educational achievement, poor physical health, premature mortality and increased violence.

Recovery from both mental health problems and poverty requires timely, sufficient access to quality resources and care.  Incorporating principles and taking action in devastated areas will substantially improve the quality of life for individuals with mental and psychosocial disabilities. It will also improve development in the individuals themselves, as well as their families and communities.

The Work of Advancing Partners & Communities

Advancing Partners & Communities (ADC), a USAID-funded organization, recognizes the need to address mental health stability to repair impoverished communities. ADC understands that to address inequalities related to mental health and poverty, there must be a change in social arrangements. In order to transform an area’s social arrangement, the ADC has created community healing dialogues (CHDs) in areas of Sierra Leone that have been heavily affected by Ebola outbreaks.

The Ebola outbreak in 2014, as well as the recent outbreak in May of 2018, have left many countries with a sense of devastation and hopelessness.  Many people lost friends and family members, and survivors of the illness have been faced with discrimination and stigmatization. The immense disconnect between community members, as well as the heavy devastation that faces them, have affected the mental health of individuals and communities alike.

The CHDs, a type of community-centered regeneration program, work directly with the distressed communities in an effort to change the divided social structure. The dialogues catalyze local action and build social capital, both of which are necessities in overcoming mental health instability and poverty.

The CHDs offer people, specifically survivors ostracized by their community, an outlet to voice their concerns, complaints and ideas for solutions. With the help of the CHD-trained facilitators, members of the community are able to move past stigmas and accept the survivors back into their midst.

Healing, for a community devastated by disease or an individual struggling with mental illness, begins with conversation. Assistance offered to people with poor mental health has the ability to impact the wellbeing of not only the individual but the entire community.