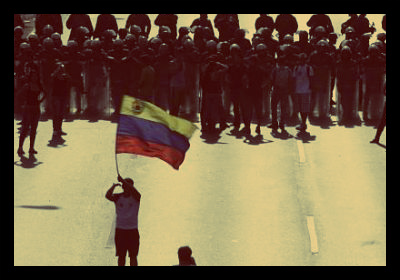 February 12 was National Youth Day in Venezuela, a day to commemorate the Battle of La Victoria of 1814, when Venezuelan students and troops achieved victory over Spanish colonists.

To celebrate, millions of students passively protested the Venezuelan government, which is led by President Nicolas Maduro. Youth in Venezuela are tired of living in an unstable and insecure environment. Last year, almost 25,000 homicides took place in the country, which has a population of about 30 million people.

While students peacefully marched their way through Caracas, Merida, Valencia, San Cristobal and Puerto Ordaz to bring to light the corrupt government, the Venezuelan military used gas bombs and guns to control the crowds. On February 12, three protesters were shot and killed in Caracas and many were injured.

In a nation already filled with tension, citizens who were pessimistic about the situation before National Youth Day are becoming increasingly cynical now. Last year in Venezuela, prices rose 56 percent and the country recorded almost 25,000 murders.

The political unrest has caused food shortages, economic stress and increased crime in Venezuela. As inflation and crime reach all-time highs in the country, citizens are looking to escape. A website that helps Latinos emigrate, mequieroir (“I want to leave”) reported record traffic during the past month. The worsening state of public affairs in the country is pushing people to look elsewhere to make a living and enjoy a high quality of life.