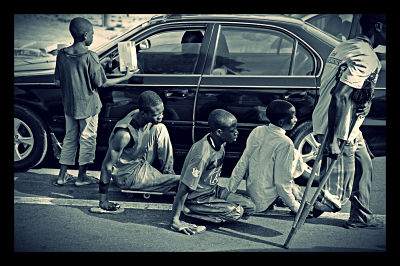 The viscous disease called Polio, that spreads like wildfire and causes irreversible paralysis and deformities in children  is nearly extinct. The three countries still in endemic status, Afghanistan, Pakistan and Nigeria, are waiting to be saved by precious vaccines.

In the past, polio destroyed the lives of hundreds of thousands of people. Now between three countries a few hundred cases are reported each year.

Unfortunately, a few hundred isn’t good enough, zero cases is the number everyone is waiting for. The viscous disease must be eradicated from these three countries before the world can breathe a sigh of relief.

Afghanistan considered still an endemic country continues to make great strides at eradicating the disease. Just two years ago 80 polio cases were reported however, through programs and support only 11 cases have been reported this year.

This is due in part to Afghanistan’s powerful campaign, “Polio eradication is my responsibility,” urging people to vaccinate their children. Determined health workers also flood the impoverished towns and villages negotiating with militia groups to gain support and allow distribution of the vaccine.

The few cases that continue to trickle in the country mostly stem from the eastern region along Pakistan. Lack of safety around this area prevents healthcare workers from setting up vaccination clinics targeting Afghan’s that travel between the countries.

In Peshawar, Pakistan, polio is in control. Case after case of polio can literally be traced back to Peshawar, making it the central hub for the disease. Nearly all cases reported in Afghanistan can be traced back to the city as well as 90 percent of cases discovered throughout the country.

Many believe one reason for this is due to refugees flocking to the city during times of war. When refugees return to their neighboring towns they unknowingly bring the disease with them.  Results from this show polio cases have actually risen in Pakistan from 91 cases in 2013 compared to 58 in 2012.

Contributing to the case counts is linked to the lack of trust villagers have toward healthcare workers. Some believe them to be U.S. spies working to sterilize Muslim children. This results in parents being afraid to vaccinate their children.

Unsanitary conditions, such as, dirty water contribute to the spread of the disease, as well.

Militants also make administering the vaccines no easy feat. Numerous healthcare workers and security personnel have been either killed or harmed while helping the country. Militants also, have denied workers access to North and South Waziristan where cases also stem from.

In 2013, Nigeria reported 53 cases of polio compared to 118 in 2012. These cases have been slashed in half, in just one year, a remarkable feat. The Nigerian Red Cross Society conducted a three month campaign in which 360,543 children were vaccinated against polio and measles.

“Our aim is to achieve 95% measles and polio vaccination coverage through this initiative…” stated Nwakpa, head of communications at National Society.

Unfortunately, standing in the way is Taliban groups who oppose the vaccinations.

“The truth is the vaccine is to help kids. And spreading rumors and attacking the workers on this – those people just don’t have truth on their side.” Stated Bill Gates in an interview with.

Gates, along with his foundation the Bill and Melinda Gates foundation hoped to eradicate polio by 2018. However, with the continued threats and killings of vaccine administrators those hopes look bleak. “This is really going to come down to Nigeria and Pakistan.” states Gates.

Nigeria which accounts for 95% of polio cases worldwide along with Pakistan having the largest reservoir left; is going to be a huge challenge for the workers fighting to eradicate this disease.

These three countries have the lives of millions of children riding in their hands. If polio can become a thing of the past, preventable suffering from paralyses and deformities can be as well.