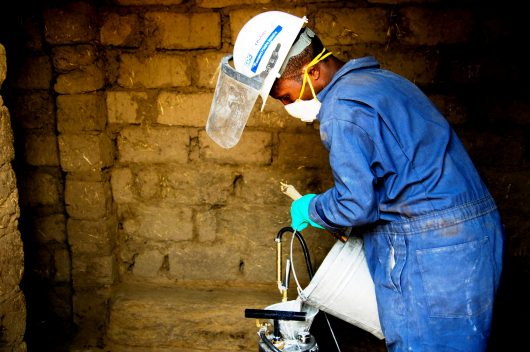 The President’s Malaria Initiative (PMI) aims to help reduce malaria in countries all over Africa. As of 2018, the PMI plan has expanded to five new countries, bringing the total to 24 countries receiving help. Some of the countries that have already been receiving aid are Ghana, Ethiopia and Benin. The five new countries that were added to the expansion of PMI are Burkina Faso, Cameroon, Cote d’Ivoire, Niger and Sierra Leone, all in West Africa.

Of Burkina Faso’s 19 million residents, 80 percent live in rural areas and are at the highest risk for poverty and poor health. The end goal of PMI is to completely eliminate malaria by 2030. Currently, the National Malaria Control Program (NMCP) strategy for 2015-2020 is to reduce malaria death rates and reduce malaria incidence rates by 40 percent each. The PMI expansion into Burkina Faso is also working on 10 focus areas for the NCMP, such as monitoring, evaluation, emergency management and prevention in pregnant women.

In Cameroon, 22 million people are at high risk of contracting malaria, especially pregnant women and children. With the PMI expansion, the Cameroon National Strategic Plan (NSP) included six strategic plans that focus on:

The stated mission of the NSP is to make malaria care, prevention and treatment efficient and affordable, even for the individuals who are the most marginalized. By 2018, the goal of the NSP is to reduce both malaria morbidity and mortality by 75 percent.

As of 2016, almost half of all children living in Cote d’Ivoire were infected with malaria. The National Malaria Strategic Plan (NMSP) for 2010-2017 aims to reduce malaria mortality to one death per 100,000 and reduce malaria cases by 75 percent. The revised plan is also working to increase the number of people that are sleeping under an insecticide-treated mosquito net (ITN) from 33 percent to 80 percent with help from the PMI expansion. The end goal for pregnant women is to have 85 percent sleeping under an ITN and 100 percent of all malaria cases in pregnant women to be treated as quickly as possible.

Twenty million people live in Niger, and of those 94 percent are at risk of contracting malaria. According to the PMI, more than 56 percent of all deaths in pregnant women are caused by this disease. However, in 2017, 80 percent of women received three doses of malaria treatment and prevention medication and slept under ITNs. The NMSP goal is to reduce malaria mortality rates and the incidence of malaria by 40 percent. One expected result for NMCS is for 80 percent of Niger’s population to be sleeping under long-lasting insecticide-treated mosquito nets by 2021. All of these goals are more than attainable thanks to the PMI expansion.

About 6.5 million people in Sierra Leone are at risk of contracting malaria, and about one million children under five years old receive outpatient care because of malaria. Between 2015 and 2020, the primary goal is to reduce malaria morbidity and mortality by 40 percent. The NMCS objective for Sierra Leone is for 80 percent of the population to have access to prevention and treatment for malaria, and that by 2020 a minimum of 95 percent of health facilities will routinely report to the malaria program.

According to the Institute for Health Metrics and Evaluation, in four out of these five countries, malaria is the number one cause of death. In all five countries, malaria was the number one cause of premature death in 2016. The goal of PMI in all countries is to reduce malaria mortality by one-third and reduce malaria morbidity by 40 percent. All of these programs, goals and objectives have the chance to be hugely successful because of this ongoing work and the PMI expansion.

Solar Power to Help Eliminate Poverty in Developing Countries What are the Major Qualifications to Become a Senator?
Scroll to top