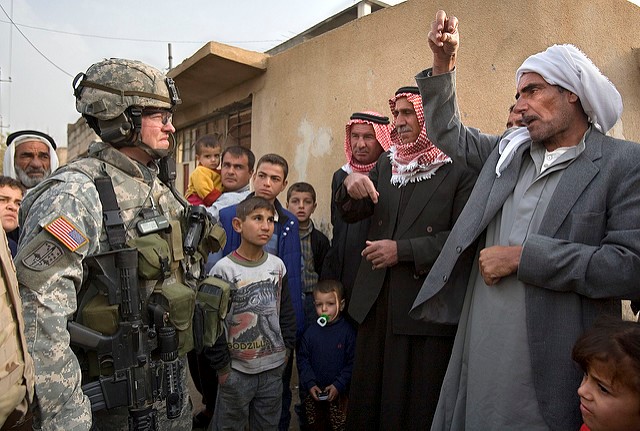 After more than two years of intense fighting with ISIS, the extremist group seems to finally be getting pushed back. Now, the question of how life after ISIS will be arises. In late June, Iraqi forces retook Fallujah, one of ISIS’s largest captured cities. Now, allied troops are conducting an offensive effort on Mosul, the second largest city in Iraq, and Raqqa, the ISIS capital. Of the 10 million people living under ISIS controlled territory at its peak, nearly 4 million have been liberated. U.S. led coalition and Russian air strikes have also helped destroy ISIS’s oil infrastructure, reducing its state revenue from an estimated $2.9 billion to $2.4 billion.

With ISIS clearly on the defense, it is time to begin planning the reconstruction phase, both politically and physically. While the U.S. has spent at least $6.5 billion on the military campaign, it has only contributed $15 million to stabilization efforts. Although Kerry has announced $155 million in additional aid for displaced Iraqis, the U.N., however, is seeking $400 million from the U.S. government and its allies to help rebuild the cities it has damaged.

Perhaps most importantly, in life after ISIS, government officials will also need to create long-term reconstruction plans within the Syrian and Iraqi regions. Because ISIS rose from the power vacuum created by the U.S. troop withdrawal in 2011, U.S. officials should be especially wary and considerate in how it ends this conflict. Answering the question of Kurdish sovereignty is also essential, although the U.S.’s role in that may be diminished. In Syria, there is still the concern over Assad’s rule, which led to the inhumane civil war and indirectly aided ISIS’s quick expansion.

While political installations or overthrows may be the riskiest for the U.S., some have suggested establishing educational institutions as centers for peace. Rather than spreading religion through the caliphate, centralized institutions can educate on Islam bringing different ethnicities together. Though ideal, the reality that another extremist group may take the place of ISIS exists if there is no centralized, robust peace established. There is no better time than now for peaceful reform.