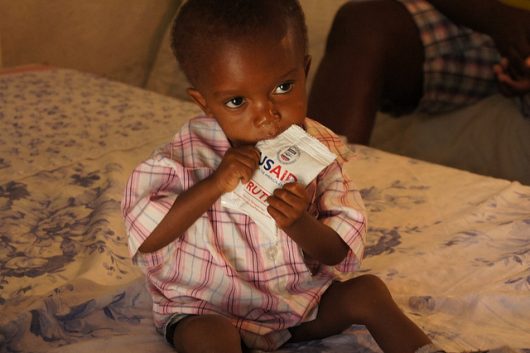 The first 1,000 days in a child’s life are crucial to their nutritional development throughout life. Children lacking nutrition experience growth stunts, muscle loss, communicable diseases, inability to keep up with school work and weight gain as they age. Unfortunately, quality nutrition is hard to find in Central Africa. If left unaddressed, an intergenerational cycle of poor nutrition, illness and poverty can continue. Some organizations, however, are teaming up to reduce malnutrition in Angola.

Angola is among the top 40 most poverty-stricken countries in the world. Basic causes of malnutrition include limited access to resources such as land, education, income, and technology. Food uncertainty, unstable home environments and lack of health services are also challenges for healthy nutrition.

While Angola has not officially partnered with SUN yet, it is hopefully only a matter of time, as this organization is a recent country-led global movement to end stunting and other forms of malnutrition.

The Goal: Reduce Malnutrition in Angola

Some of the programming efforts include building and maintaining Special Nutrition Therapeutic Centres, which screen for nutritional deficiencies and other related health issues. They provide essential medications including vitamins, ready to use therapeutic food, and provide household visits to monitor the sustainability of food within families. Other programs include WASH, which promotes safe and appropriate sanitation and hygiene efforts. Construction of pumps, wells and restrooms for waste have also been ground targets for improvement. Health promotion teams have partnered to provide inpatient and outpatient services to help screen and vaccinate for diseases, as well as train for disease prevention and household practices to keep families healthy.

Interventions specific to nutrition in order to reduce malnutrition in Angola directly work with mothers, youth and infants. Most interventions focus on preventing low birth weight, providing complimentary feed or formulas that better meet the nutritional needs of the child, treating of micronutrient deficiencies, practicing good sanitation and accessing clean drinking water. Other supporting initiatives have been encouraged through legislation, health systems, community-based counseling and support. Counseling and community-based approaches in conjunction with other health and wellness strategies work to screen for acute malnutrition, deworming and delivering vitamins and supplements that holistically promote healthier development.

Improvements for the Future

Future developmental goals are to continue partnerships and programming with various organizations. Most of the programming partnerships have occurred between 2000-2016 and allowed 1.9 billion children around the world to be vaccinated (3 million children in Angola). Currently, the government is working to increase social services, such as birth certificates, available to Angola citizens in order to recognize the identity and age of a child for better protection.

By 2019 it is projected that vulnerable women and children in Angola will have less illness and disease. Cases of diarrhea will be treated with oral rehydration using salt and zinc, children between 6 months and 5 years old will have access to 2 annual doses of Vitamin A supplements, more restroom facilities will be available and there will be reduced open-defecation in communities. It is projected that 80 percent of children under 18 years old will have a birth certificate. More than 40,000 vulnerable families will have access to social assistance transfer programs.

As of May, the government in Angola is meeting to monitor social programs and continue developing initiatives for quality education. However, currently 37 percent still live in poverty and 54 percent are under the age of 18. Efforts are still needed to reduce malnutrition in Angola.