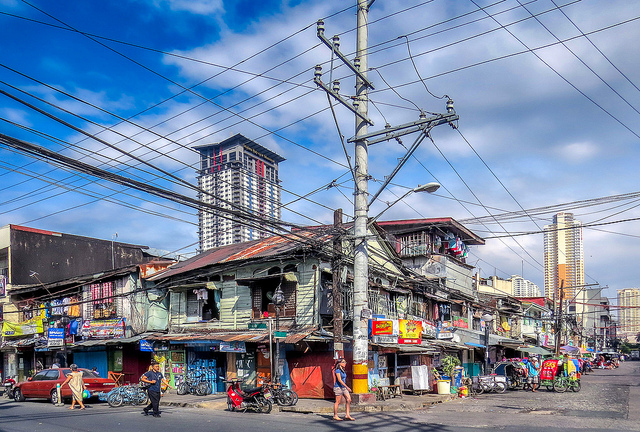 Equitable growth is seldom easy to achieve. Despite rising levels of GDP, the proliferating rates of income disparity in many countries may impediment the fight against global poverty. The “Trickle Down Effect” is often the culmination of an economic boom, where regardless of rising incomes and prices, the gap between the rich and the poor does not waver. Thus, the disparity increases the Gini Coefficient which is a vital economic indicator that countries use.

A recent analysis conducted by the Overseas Development Institute explains how poverty, growth and disparity are co-mingling factors. Countries like Slovenia and Denmark have a coefficient of under 25, while large economies such as China have Gini values of 46.9.

Moreover, the poverty rates in countries with lower disparities such as Denmark stand at only 3.4 percent living under less than 50 percent median income. In contrast, India with a disparity value of 33.6 has a concurrent poverty rate of 23.6 percent according to the World Bank.

The striking variation between these countries can be attributed to the distinct fiscal and monetary policies that are followed by governments.

Overcoming income disparity is critical when it comes to to the world’s poor, especially during rapid periods of growth. With rising prices and limited credit amounts, many cannot afford necessities to help support their families. Bangladesh, Cote d’Ivorie and many parts of Sub Saharan Arica have suffered as a result. Social and labor immobility becomes prevalent.

Additionally, the different levels of education have aggravated this issue along with the division between the rural and urban sectors. The poor find it difficult to seek jobs owing to the fact that they only have a basic education. Therefore the rich find it easier to seek jobs and are paid more as they possess more skills. The labor market unfortunately runs on this principle.

While coping with income disparity and economic uncertainty, China had introduced the 12th Five- year Plan for Poverty Reduction Village by Village in rural areas along with various supply side policies. The provision of 21 billion yuan was successful. Per-capita net income of rural residents rose to 9.2 percent. Equal rights to employment was seen when 13.12 million urban jobs were created to overcome the critical situation.

Additionally, the Council for Advancement of People’s Action and Rural Technology (CAPART) in India has tried to maintain the urban-rural gap. Per-capita income has increased and is said to have overtaken Pakistan, based on a recent report by the World Bank.

Overcoming income disparity is critical to combatting global poverty. The introduction of progressive taxation would slacken the burden on lower income groups.

Bridging the gap by investing more in education is imperative so that all socioeconomic groups benefit and are equally equipped while seeking jobs.

Entrepreneurship should be encouraged to make the poor more economically self-sufficient. The World Toilet Organization has spearheaded the creation of Sanishops to train local entrepreneurs in parts of Africa. Providing subsides and capital ventures to start-ups will also increase incentives to work, amid the droughts, disparities and skirmishes in South Africa.

Over the years, a number of grassroots organizations such as Other 98 percent, US UNCUT and Mind the Gap have drawn national and international focus towards the issue of overcoming income disparity. Despite being part of thriving economies, many undermine the presence of poverty that continues to exist.