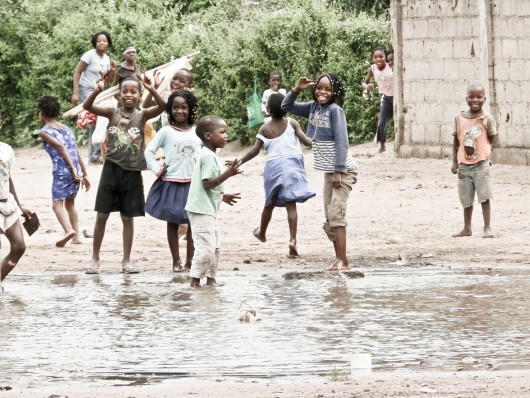 From July to September of this year there’s been just one day of rain per month where “it should have been raining every other day,” Mr. Yasin, a local farmer in Ethiopia, told reporter Jacy Fortin of NY Times. His crops have since failed as this year’s drought in Ethiopia erodes away his land and his stability.

Reportedly caused by this year’s potent El Niño, the drought is beginning to take its toll on this country where 80 percent of the population works in agricultural productivity. Because of this, 40 percent of the country’s economic output is from the agriculture, which makes for a bad mix.

This drought is estimated to put 8.2 million people in need of food assistance; that nearly doubles the count before the drought began which was 4.55 million.

This year, however, is not the first time this country has faced a massive drought; in 2002, the GDP of Ethiopia dropped 2.2 percent as a result of widespread crop failure from a drought. Once before then the country had fallen to drought since there was a drastic famine that spurred massive aid to the area as a result.

Ethiopia’s government plans to outsmart the drought this year and has come up with ingenious precautions and early action initiatives to supplement its food aid assistance. In doing so, it hopes to establish a source to cling to throughout the drought’s duration.

Since July, the parliament has allotted $192 million in food aid, water transport and animal feed with the hopes of sustaining a viable option even with the effects of the drought. This plan was adopted because early warning systems in Ethiopia are capable of providing large windows of time before possible droughts occur.

Despite this domestic solution, more is needed to successfully pull through the crippling natural disaster. The conditions have forced the government to raise international funding requests by $164 million in order to fully assist all those in need.

Only about 43 percent of the total $596 million request has been met, but international aid does take time to fully take effect, so Ethiopian officials are expecting more soon. They also claim that the drought could last up to a year and estimate a staggering 15 million could be in need of food assistance in 2016.

For now the Ethiopian government must stress the importance of rationing food, and individuals must find new ways of providing monetarily and nutritionally for their families.

Saving Mothers Giving Life: A PartnershipSaving for a Rainy Day in Developing Countries
Scroll to top