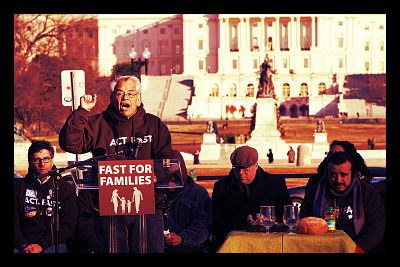 As debates about the farm bill and its implications for international food aid continues in the United States, those in critical need find themselves left even more vulnerable by ineffective aid regulations and spending that is both burdensome to taxpayers and wasteful of resources and lives.

It has been a month since Super-Typhoon Haiyan wreaked devastation across the Visayas in the Philippines. Around 14 million were impacted while 4 million were displaced and are without homes. Moreover, while the Philippine authorities are feeding 1.4 million people a day, the government is being blamed for not doing more. The logistics of delivering aid in the Philippines are further complicated by geographical constraints that must be surmounted like the fact that the nation is made up of 7,107 islands.

The reality on the ground means that ineffective aid is a waste of money and an indefensible waste of lives if it is not delivered to those who need it when they need it. The antiquated rules written by Congress in the 1950s limit our abilities to assist those in need simply for the formality of enforcing regulations. Congress, in fact, has the power to waive these regulations and can do so immediately to reach more people in need without any additional costs to taxpayers.

The troglodytic regulations currently in place requires the majority of U.S. food aid to be shipped on U.S. ships from preferred U.S. growers. As such, the food aid being delivered to the typhoon survivors has to be shipped more than 11,000 nautical miles to the Philippines, even though there are local food suppliers much closer to the crisis with the ability to provide supplies at a much lower cost.

As it stands, the current rules prevent aid agencies like the World Food Program from purchasing food from the closest and most cost-effective sellers. Moreover, these regulations cause delays in delivering aid because of red tape, sometimes taking four to six months to reach its final port after being shipped from the United States. Even worse, food aid is often monetized. When nutritional items are purchased from domestic American farmers and then sold abroad in places where food could be purchased locally, damage local economies can be damaged.

Currently, the money spent on food aid is being wasted. Of monies spent, 37% goes to food and 53% is spent on shipping, markups for shipping regulations, markups for preferred American growers and overhead. Special interest rules like this cost the American taxpayers more than $491 million dollars per year.

Fifty-three cents out of every dollar we spend on basic grains for food aid ends up in the pockets of middlemen as a result of red tape and regulations. To put this further into perspective, for the same price of food aid to Ethiopia we can ship 2,200 tons of wheat from the U.S. or purchase 5,400 tons of wheat from local growers.

Both tax payers and those waiting desperately for aid to survive certainly deserve more. If the United States were to deliver aid more effectively by scrapping outdated regulations, the U.S. could respond 14 weeks faster and reach up to 17.1 million more people without any additional costs to tax payers and without unnecessarily losing any additional lives.