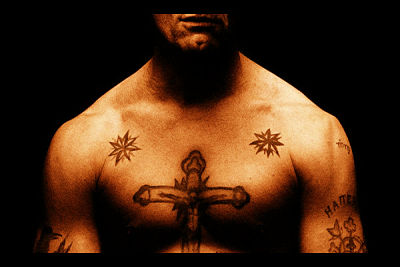 “Transnational Russian-Speaking Organized Crime can take advantage of unique assets compared to other forms of organized crime: these include deeply rooted criminal traditions, well-established state corruption and a host state-Russia-but also to a certain extent other post-Soviet countries-that groups can work from with relative impunity, the interdependence of business and politics, links between former Eastern bloc countries, immense financial resources, and the “passivism” of populations who tacitly accept and even participate in corrupt practices.”

When times are tough, people often turn to the shadow economy to survive.  Since the fall of the USSR in the early 1990s, this has been the case in the Post-Soviet Space.  As of 2007, 120,000 Slavic speaking organized crime groups were operating in the Former Soviet Union, Western Europe, and the Middle East in the arenas of human trafficking, narcotics, and other black markets.  Today, the number is anywhere from 300,000-500,000. From Vladivostok to Chisinau, poverty has motivated ordinary people to engage in criminal behavior with organized crime groups. As Kegö and Maïga pointed out in their September article for the Institute for Security and Development Policy, transnational mafias in this part of the world have “immense financial resources,” money that can easily be used to attract the jobless. With 12.1 percent of the population living in abject poverty in Russia alone, the bosses of the underworld can readily exploit the poor, and as the statistics indicate, crime groups are only increasing in number.

However, organized crime in this region is not confined to Russia.  In the crime-racked former Soviet state of Moldova, 29 percent of the population is below the poverty line. It is no surprise that a 2005 U.S. Department of State report on Human Rights violations in Moldova identified it as “the main origin in Europe for women and children trafficked for forced prostitution.” The correlation between poverty and organized criminal activity in Moldova is further evidenced by the fact that the drug trade there is worth an estimated $200-250 million a year.

These terrible social conditions have directly contributed to the rise of organized crime in the Ukraine and other Eastern European countries.  Based in the Ukrainian Black Sea port of Odessa, TIME journalist Simon Shuster stated in a 2010 editorial that “the poverty and general hopelessness in many villages of eastern Ukraine, Moldova and Romania now run so deep — especially in the wake of the financial crisis — that the promise of a job as a prostitute abroad is enough to get the vast majority of trafficked women to sign up voluntarily.” Economic conditions have profoundly affected the well-being of the poor in the Post-Soviet sphere and will only escalate with the intensification of abject conditions.

If the issue of poverty is not confronted, the poor peoples of Eastern Europe and Russia will continue to suffer at the hands of mafias, and organized crime in the region will become a threat to the security of nations the world over. This threat will manifest itself in the continuation of illegal trades originating in ex-Soviet states, including those outside the realms of drugs and slaves. As recently as 2011, Moldovan police intercepted 9 kilograms of highly enriched uranium during a sting operation in the Moldovan Republic of Transnistria. The transaction was conducted between a Russian mafia group and a North African buyer, both of whom escaped during the raid.  This latest expansion of the Russian mob into the nuclear black market is troubling and requires the attention of the European Union, the Russian Federation, and the United States.

Russia, in addition to the corrupt milieu of states in Eastern Europe, must implement effective social welfare programs to curb the proliferation of crime.  If respite from poverty is not offered by the government, then the ranks of Slavic mafias will continue to swell with the desperate poor, further thrusting the region into criminality.