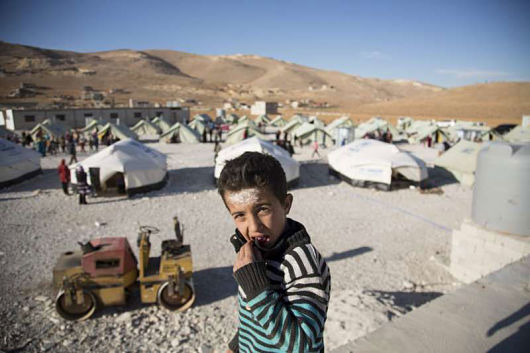 It seems like every time I watch the news, there is a new group of refugees fleeing their native country in search of asylum from unimaginable violence. In recent months, Syrian and Sudanese refugees have been under the microscope, but there are large masses of refugees all over the world, an estimated 16.7 million according to USA for UNHCR.

A refugee is categorized as someone who “has been forced to flee his or her country because of persecution, war, or violence. A refugee has a well-founded fear of persecution for reasons of race, religion, nationality, political opinion or membership in a particular social group. Most likely, they cannot return home or are afraid to do so. War and ethnic, tribal and religious violence are leading causes of refugees fleeing their countries.”

Refugees are forced to leave their families and homes just to survive. Many, if they survive the journey, end up in countries where they have no contacts, legal or financial aid, or shelter.

Countless international refugee aid organizations and non-profits have been established since the early 20th century.

The United Nations General Assembly established a division entirely devoted to assisting refugees, the UNHCR, on Dec. 14, 1950, in the wake of the detrimental effects of World War II. The department was actually intended to be temporary. Its creators established a three-year mandate and then intended to dissolve the department. Then, in 1956, the UNHCR experienced its first national refugee emergency after Soviet forces crushed the Hungarian Revolution. From that point on, it was clear that the UNHCR was essential, with cases popping up in Africa, Latin America, and elsewhere.

Today, the UNHCR is still active in refugee crises, but there are many more charities and organizations helping refugees who have been displaced by violence and fear. Refugee Action, established in 1981, is one of such charities. Volunteers organize fundraisers, petitions, and other platforms to provide refugees with legal advice and shelter in the UK.

The U.S. Committee for Refugees and Immigrants is another player working “to protect the rights and address the needs of persons in forced or voluntary migration worldwide by advancing fair and humane public policy, facilitating and providing direct professional services, and promoting the full participation of migrants in community life.”

Celebrities and other well-connected figureheads have taken advantage of their ample resources to contribute to refugee assistance organizations as well. Angelina Jolie, for example, one of Hollywood’s most well-known actresses and directors, was promoted to Special Envoy of UN High Commissioner for Refugees António Guterres in April 2012.

UNHCR describes Jolie’s work for the organization as highly influential, stating, “Jolie previously represented UNHCR as a Goodwill Ambassador, and in this role she conducted more than 40 field visits around the world, becoming well-versed in the phenomenon of forced displacement and a tireless advocate on their behalf.”

Despite the quantity of refugees around the world, there are clearly many individuals, businesses and organizations helping refugees and working to assist those in need.