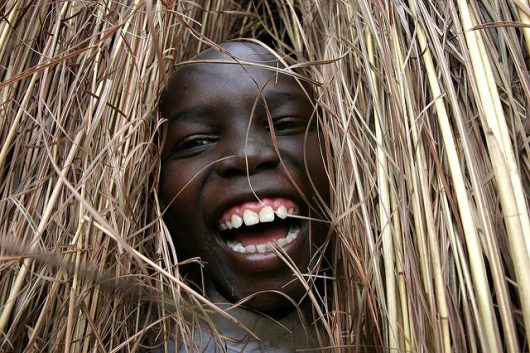 Every news report seems to be about a new political scandal, a terrorist attack or some natural disaster. The world feels like it is getting worse, and the uplifting stories on the news appear insignificant compared to the weight of the other issues.

These positive, hopeful stories may seem trivial, even inconsequential compared to the tragedies, death tolls and what seems to be an ever increasing attitude of fear and hatred. However, the good news about bad news is that statistically, there is less of it than ever before, and the good news continues to silently grow. Remembering the good news and maintaining optimism improves perspective when faced with bad situations.

While 2016 has been deemed a “dumpster fire of a year,” the state of the world as a whole is positive. Even with all the political drama and depressing headlines, recent years are also marked by a significant decrease in death from diseases, wars and poverty. In 1999, about 1.7 billion people lived in poverty, which was 28 percent of the population. In 2013, the number was reduced to 767 million, and that number has continued to fall so that less than 10 percent of the population lives in extreme poverty today. In just more than 15 years, the number of people in poverty has declined by almost two-thirds.

There is a great deal of other good news as well. Child mortality is falling rapidly. The number of humans who have died in wars has decreased dramatically since 1945. The so-called Islamic State is weakening and struggling with recruitment. There are significantly fewer bankruptcies. The global economy is growing, leading to the decrease in poverty mentioned above. Literacy rates are going up, and the gender gap is shrinking. The list of good news goes on and on.

There are still many things to be done to improve the world and people’s lives, but the statistics are encouraging. With this good news in mind, why do people tend to focus on the negative headlines? One possible reason is that bad news happens all at once, making it easier to focus on. It is sudden, dramatic and gripping, whereas good news usually happens slowly, working quietly while disasters occupy the public consciousness.

There is also a tendency for people to weigh bad news more heavily than good news. In other words, negative emotions and events feel as though they have more of an effect than positive or neutral emotions and events. Good news seems feeble and meaningless compared to the negative feelings that come with bad news of all sorts. Psychologists call this a negativity bias. Just as optimism improves perspective, this negative, pessimistic attitude can cause a great deal of stress, anxiety and other health issues.

This focus on the negative may have been an evolutionary advantage in the past. As human ancestors fought for survival, bad news in the form of dangers and threats were the focus. Good news was welcome, but it was hardly a priority compared to threatening animals or diseases. These remnants of humanity’s past remain today, and negative events take priority.

Bad news could act as a sort of warning against worse news in the future. It could be an indication that people or societies need to change to avoid further negative events. It is important to draw attention to what is broken in the world so that people can begin to fix it.

Though bad news can be good in the long run, the obsession with bad news is still something to address. Optimism improves perspective, and it has many positive effects. For example, a more optimistic attitude is linked to a longer, more fulfilled life. A positive outlook also decreases stress and helps people cope with difficult situations and bad news.

Optimism has physical, psychological and social benefits, yet an optimistic attitude is easier said than done. Often times a pessimistic attitude can result from existing stress and anxiety, so it is not as simple a matter as suddenly deciding to become an optimist. Studies do support that, while it may not be easy, it is possible for pessimists to become more optimistic. It is likely that children and adults can both become more optimistic and benefit from a more positive attitude.