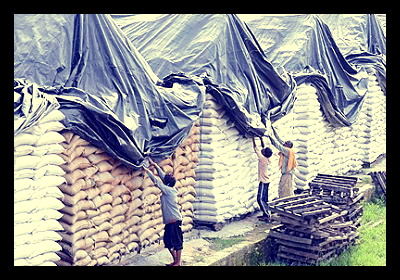 Many of us are familiar with Groupons, perhaps having used them to save money on anything from movie tickets to designer cupcakes. People love a good bargain, but it is uncommon for a deal to generate so much web traffic that the site crashes. That is exactly what happened when Groupon posted a deal for onions in India.

The cost of 1 kilogram of onions is up to 100 rupees in India. When Groupon offered onions at nine rupees per kilogram, the website sold 3,000 kilograms in just 44 minutes – enough web traffic to crash the site.

It’s a sign of the times in India, where the depreciating value of the rupee combined with rising inflation and food shortages are making staple foods like the onion increasingly unaffordable. Indian cuisine typically features onions as a part of breakfast, lunch, and dinner, and the price of this everyday food has increased threefold in two months. That explains how the onion deal overloaded Groupon’s server, demonstrating the precarious economic situation in India.

This was certainly not the first time that high onion prices have been a big deal in India. Indira Gandhi, festooned with a garland of onions, promised to bring down the price of the essential food in her campaign for National Congress Party leader in 1980, and she won. More recently, the Delhi state government was brought to tears after they lost the election, thanks to the onion’s outrageous prices.