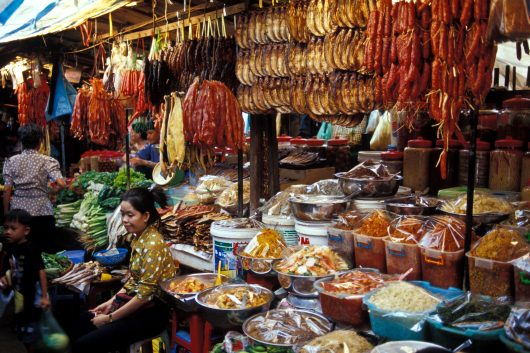 In the San Francisco Bay area, Komal Ahmad has a dream to solve world hunger. She is dedicating her life to feed people around the country one city at a time. Her vision began when she was a senior at the University of California, Berkeley. She calls hunger “the world’s dumbest problem” and has created a simple solution through an app called Copia.

Copia is the basis of a technological development that is expected to feed a million people this year alone. Users identify themselves as either food-donors or food-recipients. Copia food donors can be anyone – grocery stores, restaurants, cafes, catering companies, etc. When a company designates itself as a donor, it simply has to enter the amount of food left over in pounds. Then, a Copia designated driver will pick up the extra food and distribute it to nonprofit organizations that are in the most need at the time.

So far, companies have donated over 830,000 pounds of food to feed just under 700,000 people. During Super Bowl 50, the Copia team recovered 14 tons of food – that’s enough to fill four 16-foot-long refrigerated trucks! This weekend alone fed 23,000 people–one of the most successful feeds in Copia’s history.

However, Copia is not just being of use in the Bay area. European countries’ senior government officials in Austria and Germany have reached out to Ahmad inquiring about bringing the technology overseas for Syrian migrants. Ahmad stated, “If I was going to dedicate my life to something, it wouldn’t be something small scale. It would be something I want to grow globally.”

In order to help Ahmad’s movement, Toyota named her as one of Toyota’s Mothers of Invention, which recognizes women whose entrepreneurial accomplishments make an influence. As a result, Ahmad received a $50,000 Toyota Driving Solutions grant. Consequently, this honor has allowed Ahmad to share her message with more of the world and grow her business, to help solve world hunger.

Copia continues to flourish today and for anyone who is looking to make a difference in the world, Ahmad shared her thoughts: “People may think you’re crazy, they might even discourage you, but if you know your truth, if you know what you’re doing is the right thing to do, let that be your guiding light, and stop at absolutely nothing until you achieve what you want.”