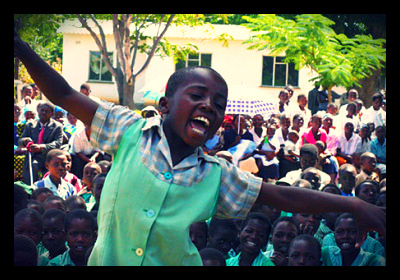 This Valentine’s Day, on February 14, women and men from around the world got together to dance for social justice as part of the One Billion Rising movement. On Valentine’s Day in 2013, one billion people in 207 different countries danced together to raise awareness and stop violence against women. The movement aims to reverse the trend, highlighted by the United Nations, of one in three women worldwide (about one billion women) experiencing rape, abuse or beatings in their lifetime.

Each specific protest will focus on issues pertinent to their community but all issues will focus on the plight of women and girl throughout the world. For instance, the One Billion Rising for Justice rally in Atlanta will focus on sex trafficking, while the 2014 Hong Kong demonstration focused on migrant workers and their rights within the city’s legal system. However, all the demonstrations are untied by the One Billion Rising banner, their commitment to social justice for all, and their use of dance to draw attention to the pressing issue of violence against women.

Even Ensler, founder of the One Billion Rising Movement, began thinking of dance as a means for inspiration after working for solidarity in the Congo. Ensler noted that,  “Women in the Congo dance in a way that calls up every spirit and energy force in the world! They have a way of transforming pain to power when they dance.” Ensler seeks to harness this power in all the women and men that participate in her movement to draw mass attention to the cause.

The movement has gained international attention and is accomplishing its goal of raising awareness for and reversing the shocking reality of violence and abuse that afflicts one in three women throughout the world. This year the President of Croatia, Ivo Losipovic, attended local dance demonstrations and commended One Billion Rising for their efforts to raise awareness. Additionally, Ensler received the 2014 Coretta Scott King A.N.G.E.L. Award (‘Advancing Nonviolence through Generations of Exceptional Leadership’) on behalf of One Billion Rising in Atlanta.

The movement has brought attention to the issue in a novel way that differs from ordinary protests and demonstrations. The rhythmic and assertive style of the dance demands attention from onlookers and is yet still easy enough for anyone to participate.

One Billion Rising’s success is part of a trend for Ensler who has also raised advocacy for women’s issues through her popular play named “The Vagina Monologues.” The play raised important issues relating to the feminine experience since first appearing in 1996 and has appeared in over 140 countries worldwide. Ensler is an advocate for improved social justice everywhere and specifically hopes to end rape and violence towards women while bringing them improved economic equality.