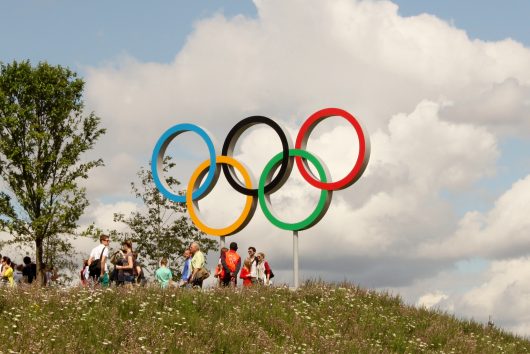 Many times Olympic athletes may accept their medal and prize money and then return to their families or begin training for the next Olympic games. However, some make a point of using their newfound fame and wealth to help impoverished communities.

One such athlete is Faith Kipyegon. Kipyegon raced in and won the women’s 1500 meter for Kenya in the 2016 Rio Olympics. But, in addition to the race, Kipyegon also won electricity for her village. Kipyegon’s hometown of Ndabibit Village in Nakuru County has been without electricity since it was founded in 1980.

When her father couldn’t watch his daughter represent her country at the Olympic games, he sent a request to the president to free his village from the darkness. His request was answered almost instantaneously, with Kenya Power arriving the next day. The installation took a mere nine days.

Kipyegon’s neighbor, Benard Lang’at, thanked Faith for “delivering us from the powers of darkness”. Her father thanked God for providing him with a daughter who could be instrumental in providing this change for her community.

Additionally, freeskier Devin Logan who won silver for the U.S. at the 2014 Sochi Olympics, is balancing her skiing career and academic pursuits with volunteer work abroad. In 2015, Logan joined Hope Sports, an organization started by professional cyclist Guy East to help impoverished communities, on a service trip to Tijuana, Mexico.

Logan and 19 other athletes built a house for a family in Tijuana. The athletes all chipped in to provide non-perishable food for the family as well. After her rewarding experience in Mexico, Logan shared her story on The North Face’s website to raise awareness about the importance of service projects.

Faith Kipyegon and Devin Logan have both made everlasting impacts on communities around the world due to their status as Olympic athletes. As international athletes, Olympians have the power to be instruments of change around the world. Dozens of other Olympic athletes from the U.S. and abroad have participated in charity work or founded their own organizations and much more will continue to do so.