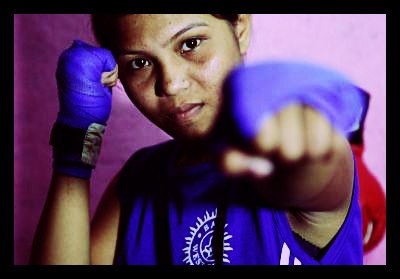 With the 2014 Winter Olympics underway, scores of world-class athletes are able to demonstrate their physical and mental prowess on the world stage in Sochi. But as is much of the case for the United States team, athletes are not always well funded before reaching the international recognition through the Games.

Endorsements are often the financial support that keeps these athletes running, swimming and skating.

But once distinguished through amazing feats or earning Olympic gold, athletes can use their star power for worthwhile causes. Together, Olympians fight poverty.

Hannah Tater, Olympic gold medalist for snowboarding, has sponsored the town of Kirindon, Kenya. After winning the gold medal in the 2006 Winter Olympics in Turin, Italy, Teter has shifted her focus to a rural town 250 miles west of Nairobi.

The Vermont native’s main goal is access to clean water and sanitation in order to prevent water-borne diseases that infect the skin and intestines. Teter has not only expanded her aid beyond Kirindon to the outer rural communities; she has also started fighting for women’s rights and promoting educational opportunities.

Ryan Hall participated in the 2008 Summer Olympics in Beijing, while Sara Hall has twice been a team member for the U.S. in the World Indoor Track and Field Championships. The Hall Steps Foundation recently aided the construction of a hospital in Pemba, Mozambique with a $50,000 donation.

Among the courses that Ryan Hall has raced in is the Rift Valley in Kenya, wherein the Hall Steps Foundation amassed $33,000 of donations to aid in building a hospital in the area. Donations came from the 26.2 Challenge, a six-team relay challenge covering the eponymous distance of the race.

For other athletes that choose not to create their own foundation, becoming a United Nations Ambassador of Goodwill can be an alternative route. The four-time Grand Slam Champion and a silver medalist herself, tennis player Maria Sharapova is a Global Goodwill Ambassador for the United Nations Development Programme.

Sharapova recently led the lighting of the Olympic Torch at Fisht Stadium in Sochi, her hometown. As a Global Ambassador, Sharapova fights poverty in the region of Chernobyl, Russia; she also helps create opportunities in the locality from which her family hails.

Despite the controversy surrounding the Winter Olympics in Sochi, where corruption and human rights abuses abound, Olympians such as these fight to better the world with their respective talents.