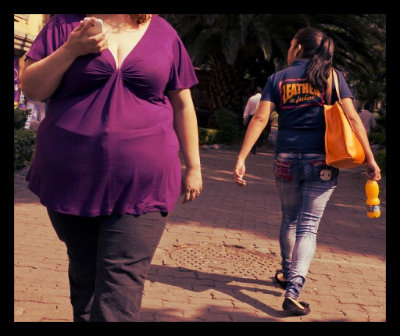 While it seemed as if obesity was normally a problem only high-income countries suffered from, the World Health Organization stated that that is no longer the case. With obesity spreading to developing nations in Africa and Latin America, hunger and starvation are not the only food issues poorer countries are facing.

Obesity is often overlooked disease. Between 1980 and 2008, the number of people who were considered obese had almost doubled with 2.8 million people each year dying from the disease. Obesity is also correlated with other diseases such as diabetes, heart disease, and cancer.

Obesity is developing in poorer countries because oftentimes unhealthy, fatty, and sugar-laden foods are much less expensive than healthier options. People with less money have fewer choices to eat healthily. In order to combat this “obesity epidemic,” the WHO created a plan that will attempt to halt the spread of obesity by 2020 by urging food companies to start making healthier options with fewer harmful fats, salts, and sugars, and to reduce portion sizes. The plan also calls for a reduction in marketing foods to children, because they are more impressionable and vulnerable, therefore more likely to become hooked on unhealthy food that could cause them significant or even deadly health problems in the future.

The food and beverage industry has reacted surprisingly well to most of the plans and proposals. Jane Reid of the International Food and Beverage Alliance noted that companies represented by the Alliance such as Coca-Cola, McDonald’s, and Nestle have been voluntarily working on a solution for almost 10 years. These companies readily support the actions proposed by the World Health Organization.

The proposals that the International Food and Beverage Alliance didn’t agree with were ideas that countries with the most pressing obesity problems should place higher taxes on unhealthy foods. Reid claimed that there is no proof that increased taxes and other forms of monetary pressure would improve eating habits and that the families with the lowest income would be hit the hardest.