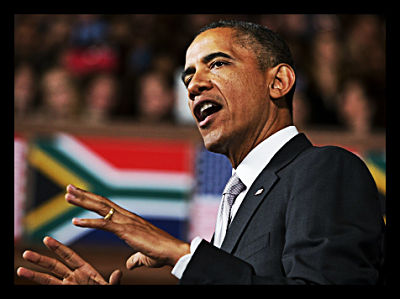 President Obama promised more funds dedicated to developing electrical power in Africa during his recent trip to the continent. His plan, named Power Africa, aims to double the electrical power available in Sub-Saharan Africa through public and private investments.

Power Africa has dedicated $7 billion of American funds to expand the accessibility of electricity in the continent, in addition to $9 billion that is expected to be provided by the private sector. It is anticipated that small and large companies alike will help make the investment in African electricity, as the investment helps produce jobs in America. With better access to electricity, African nations will increase economic productivity and become more connected to the global economy, creating a larger potential market for American exports. The investment will also create better relations with the continent, which is also working with China on a number of development projects.

President Obama states that his proposed project “is not charity; [it] is self-interest.” His main incentive in promoting the project is to create trade with the continent and to encourage using green technologies to power the continent. Most of the African continent is well-suited for the use of solar panels to generate electricity, providing electricity without producing greenhouse gases. Large deposits of natural gas are also found in the continent, providing a cleaner alternative than generating energy by burning coal or gasoline.

The United States will first begin implementing Power Africa in Ethiopia, Ghana, Kenya, Liberia, Nigeria, and Tanzania. It will also work with Uganda and Mozambique to develop “oil and gas management”.