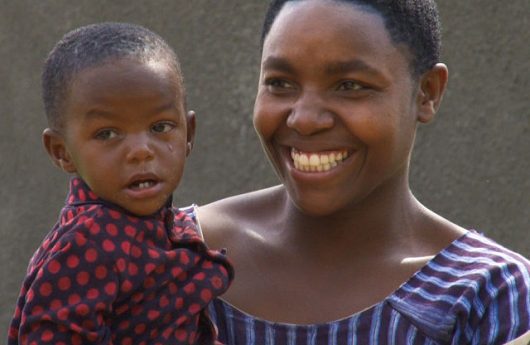 In recent years, doctors and staff at hospitals in Northern Rwanda have been having trouble providing adequate care to children with cancer. It was proving to be difficult to maintain connections with the children and provide follow-up care. Children and their families are largely uneducated about long-term care when it comes to cancer, in addition to other important information such as the effects of chemotherapy. There wasn’t a nursing initiative in Rwanda to address this issue.

Emmanuel Dushimimana, a doctor working in Rwanda with Partners in Health (a non-profit focused on providing healthcare to third-world countries) came up with a solution to start a program called the PIH Nightingale Fellowship that trains nurses to provide better patient care overall and to teach families how to provide long-term care to their children with cancer. This nursing initiative also created informational pamphlets that families were able to take home.

The program began in September 2017 and doctors reported that they quickly began seeing more children becoming involved in follow-up care. The children were returning to PIH’s medical campus in Rwanda to receive additional checkups on the long-term dangers of cancer.

Programs such as the PIH Nightingale Fellowship are essential in countries with a significant impoverished population. For instance, in Rwanda, families that are uneducated do not understand the importance of follow-up care for cancer and an educational program such as the aforementioned can save the lives of children.

The nursing initiative in Rwanda is carried out via conference calls, online webinars, mentorship and individual leadership projects to train the staff. Nurses from Boston, where PIH’s headquarters is located, have been doing rotational shifts for three months at a time in Rwanda to train their staff in handling long-term care for cancer.

This new nursing initiative in Rwanda has the potential to close this survival rate gap and save the lives of numerous children with cancer.

The program has already begun to clear up scheduling issues in their operating room at the University Hospital in Rwanda. Previously, there had been no schedule which led to patients showing up and waiting for hours, not knowing when their procedure was going to happen. The operating room also had a great number of cancellations and that has dropped since the program went into effect.

The program receives necessary supplies and medical tools from the Rwanda Ministry of Health and also survives off of individual donations and foundation grants.

Patients facing poverty in addition to sickness are in the greatest need of professional health care services such as the ones PIH provides with the Nightingale Program. Thanks to the hard work and efforts of caregivers in Rwanda, children with cancer there are in much more knowledgeable hands.

Top 10 Facts about Poverty in GreeceApple and The Malala Fund: Bringing Education to Girls in Brazil
Scroll to top