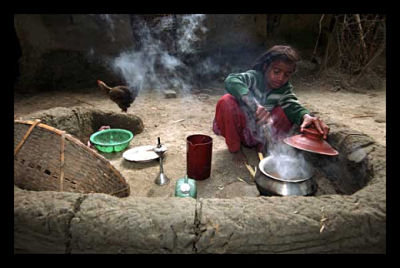 The Norwegian Agency for Development Cooperation (Norad) has a yearly budget of just over one percent of Norway’s federal budget, approximately 27.8 billion kroner (or $4.5 billion USD). This budget of over one percent of Norway’s GDP makes Norway the biggest donor to development aid in the world. The money is used to support the agency’s goal of achieving political, economic, agricultural, and educational stability worldwide.

Brazil, the top recipient of Norad funding for the last two years due to the forestry initiative, received 400 million NOK for all five of Norad’s incentives: environment and energy, health and social services, education, economic development and trade, and good governance. The aid was most heavily concentrated for the environment/energy incentive, which received 365 million NOK.

The budget for Brazil has led to outstanding results in some of those categories. Environmentally, that money helped to reduce deforestation in the Amazon Rainforest by over 77% in the last seven years. It also helped Brazil’s economy boom, making that country the world’s sixth largest economy today.

However, there have only been tangible results in two of the five incentives. Brazil and developing countries like it would benefit more from being on some of the Norad plans to help countries support themselves.

For example, Norad is one of the partners in the program aimed to reinforce public financial management (PFM) systems, which are important for democratic governance and macroeconomic stability. The countries that receive PFM support are almost all African, with the exception of Nepal.

Programs like this that encourage poverty reduction and financial planning could be hugely beneficial to countries on an economic upswing like Brazil. Giving more developing countries incentives to create better PFM systems helps those countries meet the United Nations Millennium Development Goals to eradicate extreme poverty and develop a global partnership for development.

Still, Norad’s donations to Brazil have been undoubtedly influential in creating such a booming economy there. Brazil was the 22nd highest importer of Norwegian goods in 2012, which shows that consistently donating aid to developing countries is a high return of investment. Brazil and Norway have recently founded the Brazilian-Norwegian Chamber of Commerce, which aims to promote the development of commercial relationships between Brazil and Norway.

Norad’s funding for developing countries like Brazil has changed the way these countries not only trade, but also how they view government, provide healthcare, and structure education. In a limited amount of time, Norad has made invaluable changes in some of the world’s poorest populations, all for just one percent of its GDP.