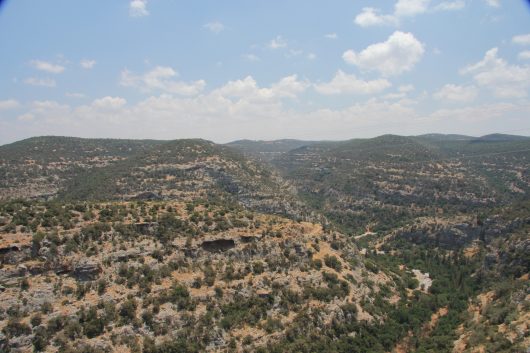 Last Wednesday, head of U.N. Support Mission in Libya, Ghassan Salame, announced a new plan for peace in Libya. Salame stated that this plan was not designed by himself, but was instead conceptualized by the desires of the Libyan people whom he had spoken to on his travels. “They want an inclusive process,” said Salame, “a way forward which clearly defines stages and objectives…Libyans want a process that they themselves own and lead.” This new action plan will focus on uniting Libya’s rival governments.

The nation of Libya has been in crisis since the revolt against the reigning dictator – Muammar Gaddafi – in 2011. The power vacuum left in the wake of the revolt inspired rebel groups and militias to compete for power with the transitional government. Conflict in Libya erupted into Civil War in 2014, when Libya’s General National Congress (GNC) refused to step down when their rule had expired and therefore came into conflict with the democratically elected House of Representatives (HoR). In 2015, the U.N. helped broker a unity deal between the GNC and HoR, which planned to unite the two governments into a Presidential council called the General National Accord – a democratically elected HoR and a State Council. However, the majority of the HoR has refused to sign on with the General National Accord.

The U.N. plan for peace in Libya proposed by Salame will amend the Libyan Political Agreement brokered by the U.N. in 2015. The U.N. supports the General National Accord that was formed by the agreement, but recognizes that rival factions in Libya do not feel represented by the government in its current form. To resolve the issues rival factions have with the Libyan Political Agreement, Salame will convene next week with a committee to draft new amendments.

The second step of the action plan is to bring together the HoR, the State Council and armed groups without proper political representation. Together at a national conference hosted by the U.N., they will have a chance to politically engage with one another and discuss peace and reunification.

The final step of the U.N.’s plan for peace in Libya is for the HoR to begin drafting legislation for a constitutional referendum and national elections. This is designed to lead to the ultimate goal of creating a new Constitution that will reunify Libya. However, Salame believes that additional steps must be taken by Libya’s governing bodies and the international community. Ensuring free and fair elections, integration of armed groups into civilian life, continued peace talks, reunification of Libya’s military and dedicating funds to ensuring the well being of internally displaced persons are necessary steps to ensure that Libya can draft a new constitution and that the lives of the Libyan people see significant development.

The U.N.’s goal of a reunified Libya is an ambitious one, but it is one worth pursuing. Prior to its current crisis, Libya was one of the wealthiest countries in Africa, but under the current crisis over 241,000 Libyans have been displaced and have scarce access to food, water and medicine. A stabilized Libya would mean an end to the war and a chance to return these displaced people to their old lives. It would also mean the nation would be better equipped to fight terror groups such as ISIS within its borders and to provide proper aid to the thousands of refugees that the EU has demanded Libya take in.

How to Help Suriname: Development and IndustryLost Children: How to Help People in Croatia
Scroll to top