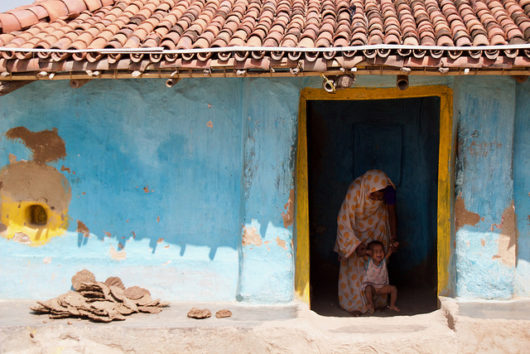 The rule of three declares that a human cannot survive without a shelter any more than three hours.

If lost in the wilderness, an individual may choose to build a makeshift tent using the natural materials found around. In rural communities in the world, entire families are desperately relying on tents as their shelters.

These families live in survival mode daily, as their homes and living conditions can drastically change in a moment’s notice.

Living in inadequate housing leads to many health problems because of poor sanitation. With 1.5 million children under the age of 5 dying from water-borne illnesses like diarrhea, improved sanitation could cut down diarrhea-related deaths by more than a third.

Also, proper housing could ultimately increase the survival rate of people as concrete floors reduce the incidences of parasitic infections and a stable roof would protect families from extreme weather.

More than billion people worldwide suffer daily from living in the slums or in survival mode tents.

New Story’s housing project aims to change that. This nonprofit organization began a project that would bring together the donations and local workers to build sustainable and secure housing for rural communities.

New Story’s housing project also promises that every penny of a donation goes into building these homes.

As it can be difficult for some donors to trust a nonprofit organization to use the funds honestly, New Story works with complete transparency to earn the trust of the donors.

As a result, New Story publicizes its spending in detail for anyone to see. For example, the home cost breakdown for a New Story community in Nuevo Cuscátlan, El Salvador, totals to $6,014. This includes the cost of the foundation, roof, concrete walls, door and windows, interior and electrical wiring, bathroom fixings and a sewage system.

Another great way that New Story offers irrefutable proofs of the fruits of the labor by the communities and donors is that the organization will videotape a family moving into the specific home that those specific funds had built.

Through these consistent and truthful updates, donors and witnesses alike can attest to the transparency of the organization.

In the upcoming period, New Story plans on using 3D-printing technology to potentially build an 800-square-foot home in just 24 hours for $4,000 or less.

The Effects of the New Story’s Housing Project

New Story emphasizes working together with the local community. This is because it believes that working with local partners and encouraging community involvement allows for the most effective operation of the construction.

The organization first finds out what the locals really need and what they consider to be important features for housing in their region. After that, the designing becomes focused on the people as homes are built to accommodate and provide for these families.

New Story’s housing project also stresses the importance of planning for a community as having a home is not the only factor that improves livelihoods. This is why New Story is committed to building several homes in one community as it would create a thriving community with schools, markets, and opportunities for the people.

The building process also brings in local workers and materials to stimulate the local economies while exposing the locals to a new set of skills such as construction and urban planning.

New Story’s project showed that proper housing opens new opportunities for people. Once families had homes that could protect them, sickness reduced drastically.

A safe home that was guaranteed to be habitable provided the chance for families to focus on income and their futures.

Since 2015, this organization has been working in Haiti, El Salvador, Bolivia and Mexico. New Story states that it works with local people to find the most desperate and destitute communities to focus on.

One example of a participant of New Story’s housing is Maria-Rose Delice. After her home was destroyed as a consequence of the 2010 earthquake in Haiti, she was living in tents with her four children.

When New Story’s housing project had created a home for her and her children, Delice’s life was instantaneously lifted from living in survival mode. Instead of survival, she can now focus on other activities that can further benefit her life financially and comfortable. The security of her own New Story home has given her new opportunities.

“I’d like to start a business,” said Delice. “I’ll also be able to build a fence and start a garden. Pinto beans, bananas white beans – everything!”

Nonprofit organizations such as New Story are giving new life and hope for people in rural areas.

The basic need of housing is finally being addressed properly and with integrity by New Story.

Initiatives such as New Story’s housing project connect donors with recipients around the world as well as improve and stimulate the local economy for future developments.