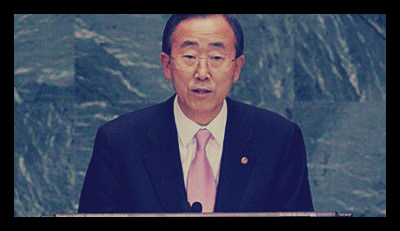 The new agenda was released at the Tokyo International Conference on African Development to the UN Secretary General, Ban Ki-moon. The new agenda outlines the High-Panels recommendations to eradicate extreme poverty by 2030 and to complete the promise of sustainable development. Secretary Ban believes the Tokyo Conference should galvanize action to help live up to our pledge to end poverty, educate children, empower women, and provide health services to all.

An examination of the report showed that the panel had a clear sense of respect for the 2015 Millennium Development Goals, showcasing the accomplishments and progress the MGDs have been able to make. Improvements range from poverty reduction, lowered child mortality rates, malaria improvements and more. The panel believes that in order to complete the original goals, updated goals and targets are a must.

The new agenda follows closely in spirit with the old MGDs, focusing on poverty, hunger, water, sanitation, education, and healthcare. The High-Panel criticized the MGDs for their lack of focus on reaching the worlds poorest and more excluded, vulnerable people, and aims to improve on that. The panel also believes the MGDs largely ignored the effects of violence and conflict on development, and would like to see improvements in that area as well.

Additionally, the panel would like the new goals to discuss the importance of good governance, rule of law, free speech, and open and accountable governments. The High-Panel severely criticized the MGDs lack of integration of social, economic and environmental sustainable development strategies. They believe the lack of this integration did not allow for the environment and development to be properly brought together.

The focus of the new goals and agenda rests on five key shifts including: a move from reducing to ending extreme poverty, placing sustainable development at the core of the development agenda, transforming economies to drive inclusive growth, building accountable institutions, and forging a new global partnership based on cooperation, equity and human rights. The new agenda will be applicable to the Global North and South alike, also taking into account survey responses from Africans, and national consultations from more than 90 countries.

Ban has expressed his desire for African nations to become more integrated in the global economy. He would like to see more responsible foreign investment, which would lead to more potential for African countries, providing them access to more markets around the world, increasing their growth potential.

In their report, the panel focused on the best practices to address problems including maternal health, food security, sexual violence, and barriers to women’s economic, legal and political empowerment. The new agenda seeks to make women a more fundamental and important part of the development process. Women have emerged at the forefront of global development and the high-panel, and new agenda is working to utilize and empower women to achieve their goals of eradicating extreme poverty by 2030.