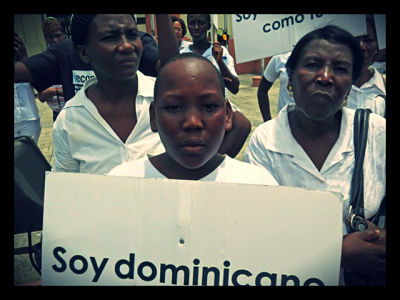 Thousands of residents in the Dominican Republic are now nationless, thanks to a new law passed by the country’s Constitutional Court, stripping Dominican-born children of Haitian migrants of their Dominican citizenship. This new Dominican law has experts warning that a human rights crisis may ensue. The United Nations (UN) Human Rights Council has also gotten involved.

“We are extremely concerned that a ruling of the Dominican Republic Constitutional Court may deprive tens of thousands of people of nationality, virtually all of them of Haitian descent, and have a very negative impact on their rights,” spokesperson for the UN Office of the High Commissioner for Human Rights, Ravina Shamdasani, was quoted telling reporters in Geneva.

More specifically, the law forbids Dominican nationality to children of illegal immigrants who have been in the country since 1929, because their parents are labeled as being “in transit.” According to a UN study, there are approximately 210,000 Dominican-born individuals of Haitian descent currently living in the Dominican Republic. This will cause people of Haitian descent in the Dominican Republic to be denied access to government services and place them in a position of constitutional limbo. The Dominican law presents a possibility for further discrimination and statelessness, since the majority of them do not hold Haitian citizenship.

The tension between the two nations, who share the island of Hispaniola, has been going on for centuries. Wars and massacres have occurred between the two, and despite the Dominican Republic’s aid donations to its neighbor after the 2010 earthquake which cooled some of the tension, the Caribbean nations’ conflicts have started again with this law, which is final and cannot be appealed.

Advocacy groups have been protesting, highlighting the fact that the law only propagates the sense of racism practiced towards black Haitians who have settled in the Dominican Republic. Experts have also been saying that the legal change is part of an effort to limit the number of Haitian immigrants into the Dominican Republic and instead promote self-deportation for Haitians already living there. In fact, Dominican politicians have feared the “Haitianization” of the country for well over a century, as more and more Haitians migrated to the Dominican Republic to escape the devastation in Haiti.

The Dominican electoral commission has been given one year to produce a list of people to be excluded from citizenship or stripped of it if they already hold it. The government also promised to present a path to obtaining Dominican citizenship for migrants, but gave no further details on how it would work or who would be eligible.