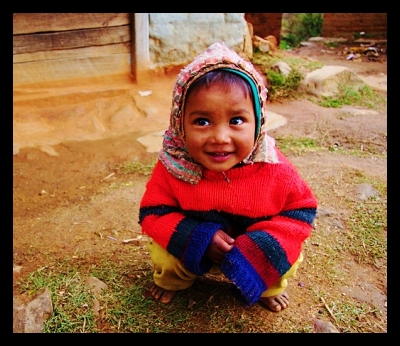 Nepal, a South Asian country nestled in the Himalayas between China and India, ranks low on the United Nations’ Human Development Index. With a population of more than 27 million, the number of Nepalese who live in multidimensional poverty is high — estimated at 44% by a report by the UNDP. However, with the dedication of the Nepal Government, steady progress has been made in development, and Nepal’s 2011 Sanitation and Hygiene Master Plan recognizes the needs of not only adults and children, but also of people with physical disabilities.

The Master Plan addresses a key factor of development: sanitation and hygiene. It is estimated that the toilet coverage (access to a working toilet) in rural areas is only 37%; only one in three persons has access to a toilet. Even though in urban areas toilet coverage is approximately 78%, only 12% of urban households are actually connected to the systems or to drains. These systems are rarely designed for sewage treatment; instead they dispose waste into rivers. As a result, diarrhea and sanitation-related disease is high in Nepal, affecting not only adults but also children, whose growth and overall health are adversely affected.

The Master Plan addresses these sanitation concerns by focusing mainly on ending open defecation through promotion of toilet access and use in every household. Basic Sanitation Packages aim to teach children and adults alike about proper sanitation practices, and a key strategy to make this work is to emphasize it in school through the School Sanitation and Hygiene Education programs.

However, a significant part of sanitation and hygiene, and one that may not be openly visible, is accessibility for those with disabilities. Part of the Master Plan emphasizes the need for toilets that are easy to use by people of different ages, genders, and physical abilities. The features of the latter include handrails, ramps, space for a wheelchair, and proper support to use the toilet.

Not only is this a step forward for sanitation and hygiene, but it also represents a move away from the stigma that often accompanies disabilities. An IRIN news report showcased the change in quality of life for a Nepali woman who had to rely on her grandsons to help her before she had access to a toilet. “Now with a toilet I have independence and control over my own life,” she said.

Since the beginning of the Master Plan was implemented, seven of Nepal’s 75 districts have been declared Open Defecation-Free (ODF). The guidelines in order to be declared ODF specify that all households and public facility must have a toilet that is accessible to people of different abilities. By the end of this year UNICEF estimates that six more will join that number.

Spotlight on Plant With PurposeMercy Corps
Scroll to top