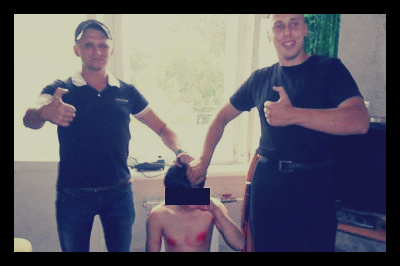 As the Sochi Winter Olympics approach there is growing concern over the Neo-Nazi movement in Russia. Over half of the world’s Neo-Nazi members are in Russia.  This movement is behind the abuse of gays and violation of gay rights.  The group also opposes foreigners, Jews, Muslims, Roma, and Asians.

The group has recently become a paramilitary organization, although they claim to be a sports club.  The Neo-Nazis are training members in weapons as well as hand-to-hand combat.  Many of the weapons used are outlawed, and therefore bought from the black market.  They are strictly anti-drug or alcohol, focusing on fitness and bodybuilding to train for their “revolution.”

There are an estimated 50,000-70,000 Neo-Nazis in Russia according to an ABC News report.  The group seemed to organize around widespread unemployment and poverty in the early 1990s.  Many of the members are young adults who were hit hardest by the economic downturn.  The group operates under the official name of the Russian National Unity, a party founded by Alexander Barkashov in 1990.  The party symbol is the swastika and some members receive military training in Moscow.

In 2007 a student associated with the Neo-Nazis was arrested for posting a video of two migrant workers being beheaded in front of a swastika flag.  Recently the group has been targeting gay youth, finding them on dating sites or social media.  Neo-Nazis may create fake profiles and ask to meet up with someone who identifies as homosexual only to then physically and emotionally abuse them.  Many of these attacks have been posted online.  The group recognizes homosexuality as ‘pedophilia” and see their acts of violence as justified under this definition.  Groups have organized using the slogan “Occupy Pedofilya” as a rally cry against homosexuality.