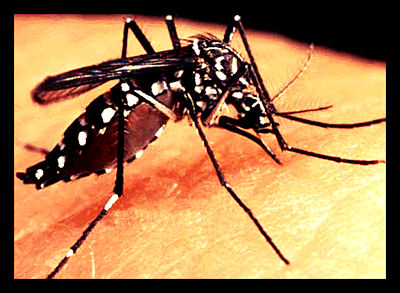 These are seven diseases that the World Health Organization classifies as neglected.

1. Buruli Ulcer
Buruli Ulcer is characterized by a swelling in the skin called a nodule, which eventually spreads to become large ulcers typically appearing on arms and legs. Infection is caused by a germ from the same family as leprosy and tuberculosis. Cases have been reported in over 30 countries, but primarily in poor rural communities. Progress is being made toward a vaccine able to treat Buruli Ulcer, but in the meantime the Bacille Calmette-Guérin (BCG) vaccine offers some protection.

2. Dengue
Dengue is a viral infection spread through mosquito bites. The infection causes severe flu-like symptoms, and can sometimes lead to a deadly condition called severe dengue. The disease thrives in urban poor areas in tropical and subtropical communities. Severe dengue has become a leading cause of death among children and adults in Asian and Latin American countries.

3. Leishmaniasis
Leishmaniasis is a disease that can be directly linked to poverty. It is associated with malnutrition, displacement, poor housing, weakened immune systems and lack of resources. The interaction of Visceral Leishmaniasis (VL) with HIV has devastating consequences; a simultaneous HIV infection increases the risk of developing active VL by up to 2320 times. 90% of all VL cases occur in Bangladesh, Brazil, India, Nepal and Sudan.

4. Leprosy
Leprosy is a chronic infectious disease that exists in extremely impoverished communities. It affects the skin, nerves, upper respiratory tract and eyes. Most countries have achieved elimination at the national level, and are intensifying their efforts at regional and district levels. It is estimated that up to two million people are visibly disabled due to leprosy. Education, early diagnosis and adequate medicinal interventions are key elements for eradicating the disease.

5. Rabies
Rabies is a vaccine-preventable disease transmitted from animals to humans by a virus present in the saliva of infected carriers. Bites or scratches from infected animals are the most common form of transmission to humans. The disease infects both domestic and wild animals. If left untreated, Rabies is almost always fatal.

6. Trachoma
Trachoma is caused by a microorganism which spreads through contact with eye discharge from an infected person. A single episode is not considered sight-threatening, but prolonged, repeated infection can lead to scarring inside the eyelid, which in turn causes scarring of the cornea. If left untreated, Trachoma leads to permanent blindness. Trachoma affects 21.4 million people, often striking women and children. Factors such as water shortage, poor hygiene conditions and crowded households have caused the infection to be extremely common in many of the poorest regions of the world.

7. Yaws
Yaws is a chronic bacterial infection that occurs mostly in poor communities in the humid tropical regions as a result of overcrowding, poor sanitation and other poverty-related issues. Skin-to-skin contact with an infected person leads to development of a single lesion; if left untreated, lesions will spread to the entire body. Nearly 75% of people affected are children under 15 years, and although rarely fatal, yaws can lead to chronic disfigurement and disability. Experts are confident that the disease can be controlled and possibly eradicated. India for example, has seen no new yaws cases since 2004.

Source: WHO, WHO Resolution

Poverty in Burundi The Family Independence Initiative
Scroll to top