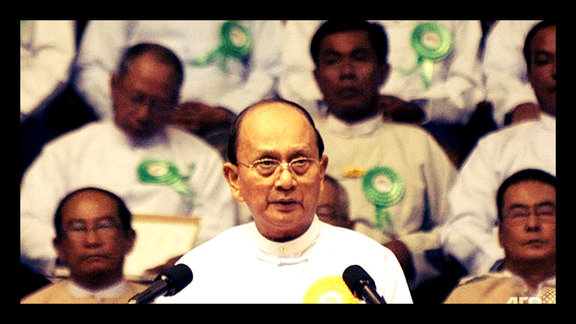 The history of Myanmar is one that allowed poverty to thrive and its people to suffer. However, in the past two years, the newly elected democratic government has been taking strides to lift the country from the depths of poverty and destruction to which it had sunk. President Thein Sein made a commitment Sunday to fight poverty and rebuild Myanmar’s economy.

Myanmar has ample water resources, an efficient labor force, an advantageous climate, and abundant natural resources which make economic development a natural reality. President Sein acknowledged this foundation in his speech in Yangon, the former capital of Myanmar. He also acknowledged that Myanmar is one of the poorest among the LDC’s (least developed countries). It is going to take hard work, coordinated efforts, and top priorities to lift Myanmar out of poverty.

Poverty alleviation is a priority with the new government. Myanmar was at one time a country full of hope and economic prospects. It was a bright light in Southeast Asia prior to the years of military control that caused Myanmar to fall far behind its neighbors. According to the Asian Development Bank, a quarter of the population of Myanmar lives below the nation’s poverty line.

The plan to alleviate poverty launched by President Sein’s government includes micro-finance loans as a tool to help rid the nation of poverty. Those loans worth several million dollars will be given to households and workers who can utilize the loans to lift themselves out of poverty.  It is a step in the right direction and a glimmer of hope in a nation that has been dark for so long.