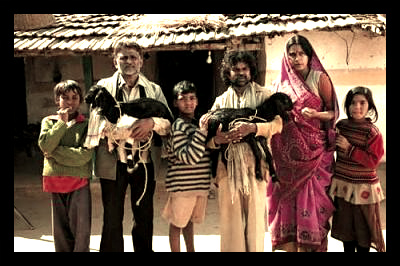 The existing poverty measurement, the Human Poverty Index, defined extreme poverty as living on less than $1.25 per day. Surely the whole picture can’t be constructed based on monetary measurements alone. With the release of the Multidimensional Poverty Index (MPI) in 2010, poverty is now measured beyond income.

“By reflecting a range of deprivations that afflict a person’s life,” the whole spectrum of development is measured. The newest international measure of poverty, the MPI, released October in 2010, incorporates elements of the HDI such as education, health and standard of living. A household is considered “multidimensionally poor” if it is deprived of 33 percent of the 10 weighted indicators used by the MPI.

The Index focuses on whether a household has a decent toilet and sanitation, electricity, children in school, clean water to drink within 30 minutes on foot and whether any members of the household are malnourished.

Since poverty on the MPI is assessed on an individual level, the extent of people’s poverty and range of deprivation can be measured. The updated poverty index has numerous benefits on how development and humanitarian aid projects are carried out. The MPI can be used as an analytical tool to identify the most vulnerable people. Patterns are able to be separated by region (across or within countries,) ethnicity, urban and rural locations and individual dimensions.

This creates a better estimate of people living in poverty and shows the depth of interconnections among deprivations. The MPI excellent tool for policy makers and aid organizations to effectively promote specified development.

An improved method for measuring global poverty means improved estimates. The Human Poverty Index estimates about 1.3 billion people live in extreme poverty; however, the MPI estimates 1.7 billion people in the 109 countries covered, a third of their population lives in multidimensional poverty. Showing what developing countries lack, such as adequate education or health care, adds another level of depth to poverty, showing connections between social determinants and poverty.

The MPI shows sub-Saharan Africa housing 24 of the 25 poorest countries.